Kenyan Kipchoge keeping sharp in the age of Covid-19 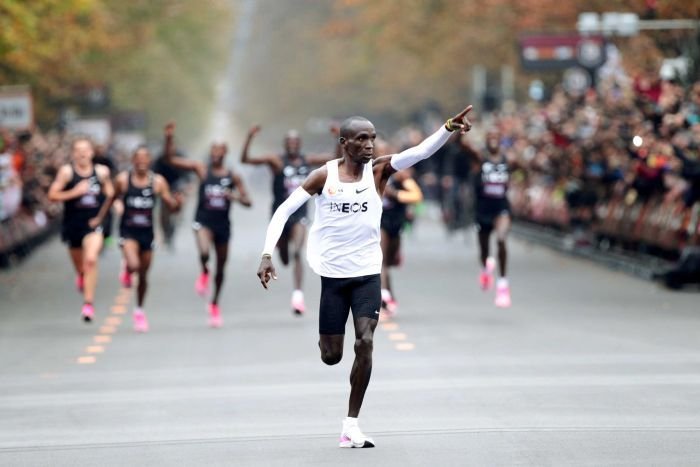 The loneliness of the long-distance runner is often palpable, and especially in the age of Covid-19 for Kenyan men’s marathon world record holder Eliud Kipchoge.

Before the world was struck by the rapid spread of coronavirus, Kipchoge was in the final stages of his preparation for the London Marathon. The 42.2km event was scheduled for April 26 but has since been moved to October 4.

Kipchoge would have been the favourite for the race, although he was set to face stiff competition from Ethiopia’s Kenenisa Bekele. Kipchoge’s world record 2:01:39 was set at the Berlin Marathon in 2018, with Bekele coming agonisingly close to that mark in winning the same event in Germany in 2019 when he clocked 2:01:41.

It’s no secret that Kipchoge has a team of athletes he trains alongside, which has been vital in his record-breaking exploits – but now with Covid-19 safety precautions, it means Kipchoge will spend many hours in training on his own.

“This is now the third day since we broke up from the camp due to coronavirus. It’s really hard to train because I value teamwork. It’s mutual interest because it helps me so much.

“I am trying to ‘quarantine’ myself, stay with the family and make sure I don’t actually mingle with a lot of people,” he says.

“I am trying to keep more fit myself and wake up early at 6 o’clock and go for a run and make sure I stay fit,” he adds.

“Good morning,” he adds, before heading out his front door.