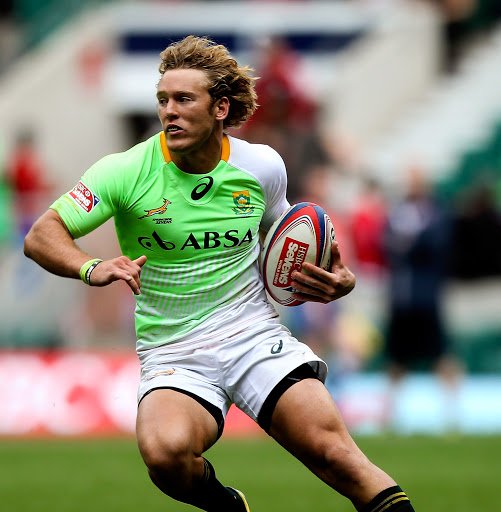 He is known as a destroyer of defences and knocking opponents down with his determined tackling, but since the Covid-19 pandemic struck, Werner Kok had to change his ways quite a bit.

In fact, the experienced Blitzbok star is determined to assist his fellow South Africans with a positive message during the lockdown and hopes to make an impact in their lives in this time, however small it might be.

Kok was amongst the first South Africans to be forced into self-isolation two weeks ago after the Blitzboks returned home from the Canada Sevens in Vancouver.

The SA government’s protocols at the time required all South Africans to self-isolate if they returned from abroad and the Blitzboks, who landed in Cape Town on March 11, underwent Covid-19 tests the next day and went into self-isolation after that.

They all tested negative for the virus, but the downside was that they had to do without their loved ones until the results were confirmed and had to sit out the waiting time before they could re-integrate two days ago – only to go into lockdown from midnight Thursday again.

Kok used this early jump on his fellow South Africans to film himself doing a number of easy-to-do training tips which he posted to his Instagram account. It proved to be a productive exercise as his followers latched onto the clips and he was even interviewed by a radio station about this.

“I had some time on my hands, yes and decided to do something that would benefit everyone,” Kok explained with a huge smile.

“I love to exercise and it was an easy thing to do. What I wanted to show is that you don’t always need gym equipment to exercise and you can use your bodyweight just as effectively.”

Kok loves the outdoors and if this downtime was a holiday, he would have gone hunting or fishing. But being confined to his home is not the end of the world, he insisted.

“I assembled an indoor driving range for myself and I will work on my swing a bit in this time,” said Kok, who plays golf off a 19 handicap.

“I will also use my backyard to continue with some running, mostly short sprints. We received a conditioning programme from our strength and conditioning coach, which I follow.”

The Springbok Sevens player left South Africa in late February with much anticipation of playing in his 50th tournament for the Blitzboks. This turned out a memorable one, as the South Africans claimed the LA Sevens.

Upon returning to South Africa, the World Rugby Sevens Series was adjusted and moved to September and October and the Olympic Games, due in Japan in July, was postponed till 2021.

These steps meant that Kok has, in effect, played his last tournament for the Springbok Sevens. He is due to join up with the Sharks after the now-postponed Olympics and will still do so in August, which rules him out of the remainder of the World Series.

“I still hope to play in the Olympics next year, but that is a whole new conversation now,” Kok admits.