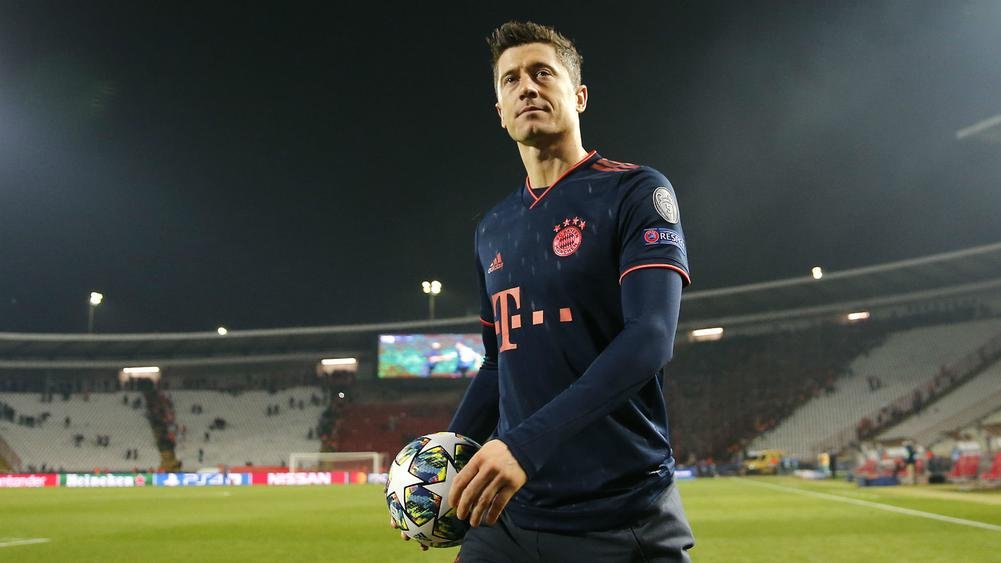 Bayern Munich striker Robert Lewandowski and his wife Anna have donated €1 million Euros to support the ongoing battle against the global coronavirus outbreak.

“Today we’re all playing on the same team. We need to be strong in this fight. If we can help someone, let’s do it. The situation affects all of us so we ask you to follow instructions and listen to those who know best.

“Be responsible. We believe we’ll be able to return to our normal lives soon. We’re in this situation together and we’ll endure it together.”

Lewandowski, the Bundesliga’s leading scorer this season with 25 goals, is one of a number of high-profile players in Germany’s top flight to have taken action to help fight the consequences of the pandemic.

Several have released videos on social media, giving updates on their lives as they adapt to staying indoors while encouraging followers and fans to stay at home in an effort to limit the spread of the virus.

Elsewhere, Lewandowski’s Bayern teammates Joshua Kimmich and Leon Goretzka recently launched a campaign called #WeKickCorona, in which they pledged €1 million Euro between them to kickstart a fundraiser to provide financial assistance to charities or social initiatives across Germany.

“We’re not just professional footballers for Bayern and Germany, but we’re also part of our society which is facing the challenge of coming together and taking responsibility now more than ever,” the pair said in a joint statement on the #WeKickCorona website.

“That’s why we just want to help and provide tangible support to those who need it more urgently now than they would otherwise.”

Their initiative has already raised more than €2.5 million Euros and has been supported by fellow Bundesliga players including Mats Hummels, Jonas Hector, Lukas Klostermann, Sebastian Rode, Julian Brandt and Nadiem Amiri, among many others.

Kimmich and Goretzka were also among the members of the Germany national team who came together to donate €2.5 million Euros in a separate instance.