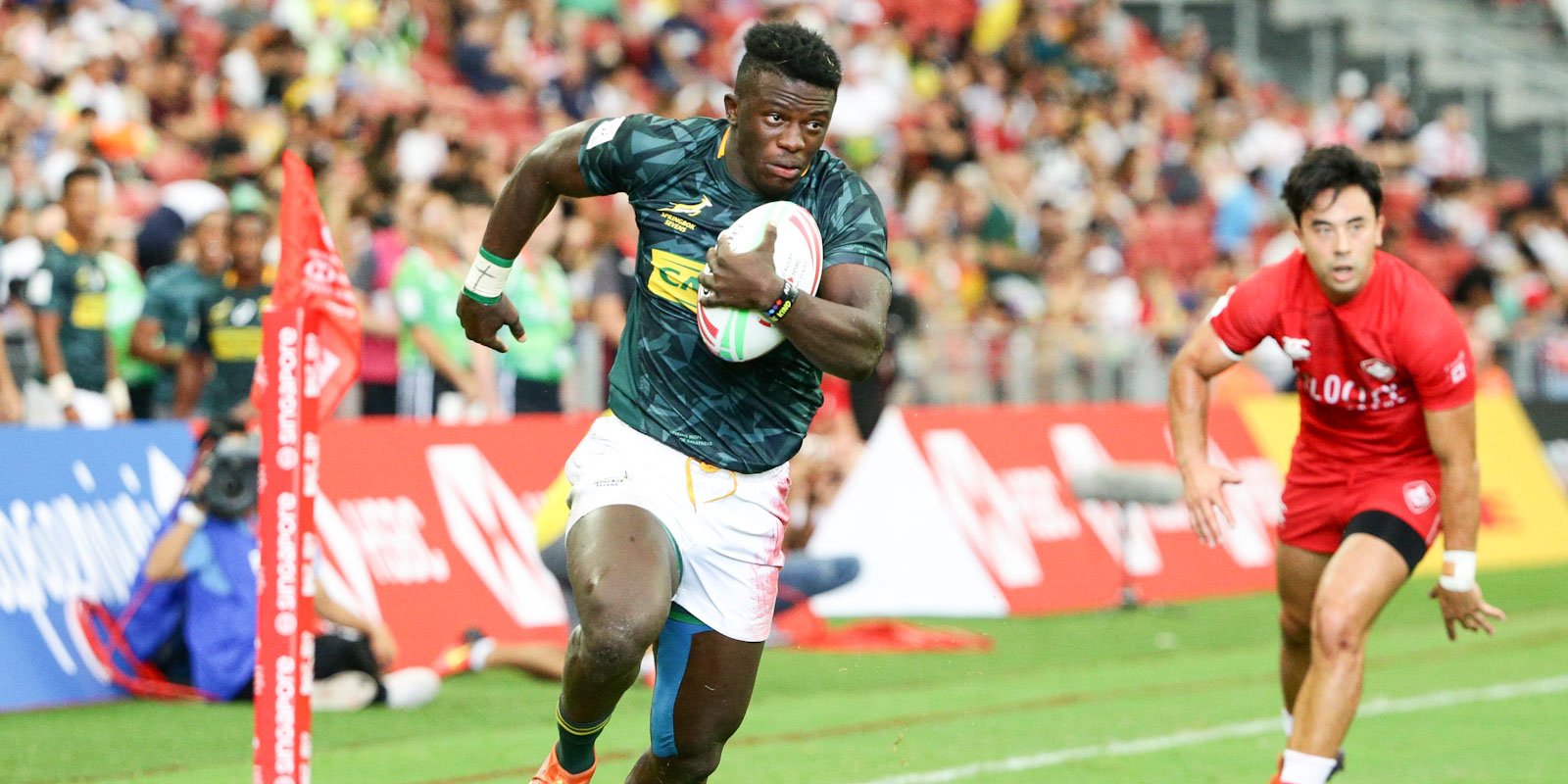 Branco du Preez will play in his 74th World Rugby Sevens Series tournament, Cecil Afrika his 63rd and Werner Kok his 50th, so it is fair to say that the Blitzboks will rock up at Dignity Health Sports Park in Carson, Los Angeles with some serious experience for the LA Sevens on Saturday and Sunday.

On the other end of the Springbok Sevens scale are Sako Makata (seven tournaments) and Mfundo Ndhlovu (four tournaments), but both return to the USA leg of the circuit clear on what they need to do to add value to the Blitzboks’ effort on the weekend.

Makata is back in the tournament squad for the first time since June last year and Ndhlovu, the official reserve, also last played in Paris in 2019.

Makata made his World Series debut in Las Vegas a year ago and his second visit to the USA brings calm and determination to comply with his role and responsibility in the squad.

According to the former Sterling High School winger, now playing as a prop in the sevens code, getting back into the matchday squad is a relief as well as a blessing.

He missed the start of the season due to an ankle injury and only made his return to the World Series last month when he travelled to New Zealand and Australia as the official reserve. Makata was called into the squad in Sydney when Impi Visser was ruled out and played in the final against Fiji, which South Africa lost 12-10.

“I am excited to be back and that comes from some hard work behind the scenes, doing rehab and getting back to match fitness. I am pretty keen to contribute on the field now and give it my best shot,” the 22-year-old confessed.

The time off the field – excluding when he did rehabilitation and conditioning – was also spent watching the team play and learning from that, although only mentally.

“I watched the guys in my position in particular and what they were doing and what I would have done if I was in that situation,” said Makata.

“I am learning all the time and that worked for me, trying to put myself in their boots. There is often a different perspective from the outside and being in that match situation yourself and combining the two makes you better, I believe.”

Makata has now played in 26 matches and he is patiently adding to that tally: “I would have loved to have played more, but we have a big squad with a lot of quality players and coupled with my injury, I missed out.

“The importance though is grabbing this opportunity and showing that I can contribute to the squad and the system this weekend,” he said, adding that he welcomes the competition in the squad, as it improves his development as a player.

“It brings the best out in everyone and I can learn from some very experienced guys in the squad as well. It certainly improved me as a player and now I have the opportunity to convert that in the tournament.”

Ndhlovu, named as 13th player for this trip after being in the starting team last year, is also on a comeback trail after being sidelined for two months due to a hamstring injury. The laid-back Standerton-born outside back said his return to the squad is food for the soul.

“I am a religious person and believe that God will determine my destiny,” said Ndhlovu.

“I had some setbacks along the line with injury, but that made me stronger and more determined. It is great being back and I am taking in all of the experience and expertise from the senior guys.”

Ndhlovu made his debut in Hong Kong in 2018 and again featured in Paris in the same season. Last year, he played in Las Vegas and Paris and hopes for a longer run this time around.

“I certainly missed out on valuable game time in the last two years, but that was God’s plan for me, and I accept that. I am blessed to still be here and would like to make the most of the opportunities that will still come my way,” he said.

The Blitzboks are second seeds in the tournament and will play alongside Ireland, Canada and Kenya in Pool B.