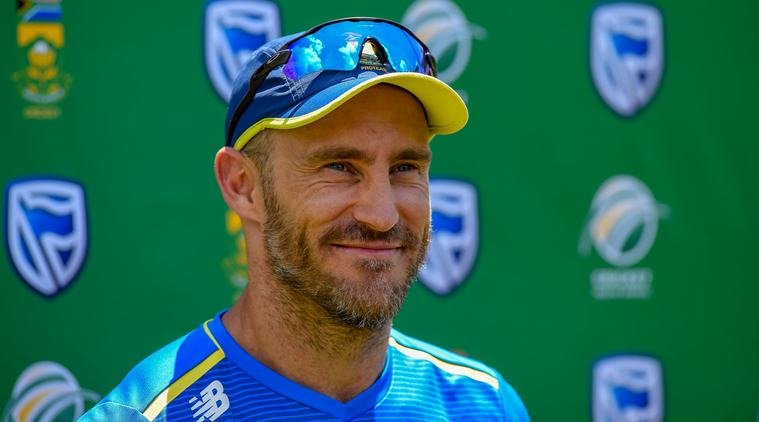 A win in the first Test in Centurion promised much, but South Africa succumbed to England’s all-round brilliance thereafter and now stare at their second successive series defeat at home ahead of the fourth clash at the Wanderers starting on Friday.

Faf du Plessis, South Africa captain said:  “It’s important for me as captain that we keep driving forward. Nothing has changed when it comes to that. From a performance point of view, yes, I and the team are feeling the pressure but we’ll keep fighting.”

South Africa’s performances in the previous two Tests have been disappointing.

Their batsmen, barring their vice-captain Quinton de Kock, have failed to deliver. The bowlers have shown flashes of brilliance, but lack of consistency helped England batsmen seize the advantage on each occasion.

To add to their woes, they’ll miss the services of their premier paceman Kagiso Rabada; Rabada has taken more wickets than anyone in the series so far but will be out of the fourth Test after he was found guilty of breaching the ICC Code of Conduct in Port Elizabeth.

The Proteas, having gone down to Sri Lanka last year, now face the prospect of back-to-back series defeats at home: something that hasn’t happened since 1949-50.

With the series on the line and ICC World Test Championship points at stake, they have plenty to play for. The buzz around Vernon Philander’s farewell and possibly the last Test appearance for their skipper at home might well add to the motivation.

England, meanwhile, have stamped their authority over the hosts. While Ben Stokes continues to be in a league of his own, youngsters Dom Sibley and Ollie Pope have blossomed with the bat to leave positive signs for the future.

The bowling unit too, despite the absence of the experienced James Anderson, has stepped up to the task. Stuart Broad, the leader of the pack, has 12 wickets in the series – two less than Rabada. In his previous outing at the Wanderers four years ago, his 6/17 had South Africa rattled on day three, powering his side to a series-clinching win.

A fit-again Jofra Archer could be back in the XI to make the most of the bouncy surface. The conditions might mean that despite his performance in the third Test, spinner Dom Bess will be the one to make way. England will also be keeping an eye on the fitness of pacer Mark Wood, who did well on his comeback from injury.

The hosts ran through England’s top four in Port Elizabeth, before Stokes and Pope combined for 203 runs for the fifth wicket, with both scoring hundreds. Sam Curran and Wood’s consolidated the visitors’ hold as Joe Root declared on 499/9. Bess, the off-spinner, then took over, picking up five to leave South Africa reeling at 109/5. De Kock’s gritty 63 wasn’t enough as they were forced to follow on.

South Africa succumbed to spin in their second innings too, with Root’s part-time off-spin causing trouble. The last-wicket stand of 99 between Keshav Maharaj and Dane Paterson could only delay the inevitable, as England emerged victorious by an innings and 53 runs to take a 2-1 series lead.

Joe Root, England captain said: “It’s a great template for how we want to play our cricket moving forward, big first-innings score and drive the game forward from there. We’ve had four guys under 25 making hundreds or taking five-fors and that’s a great place to be.

“We’ve adapted quickly so far. We learned our lesson very quickly from Centurion. It’ll be very different in Jo’burg, different challenges for both batters and bowlers.”