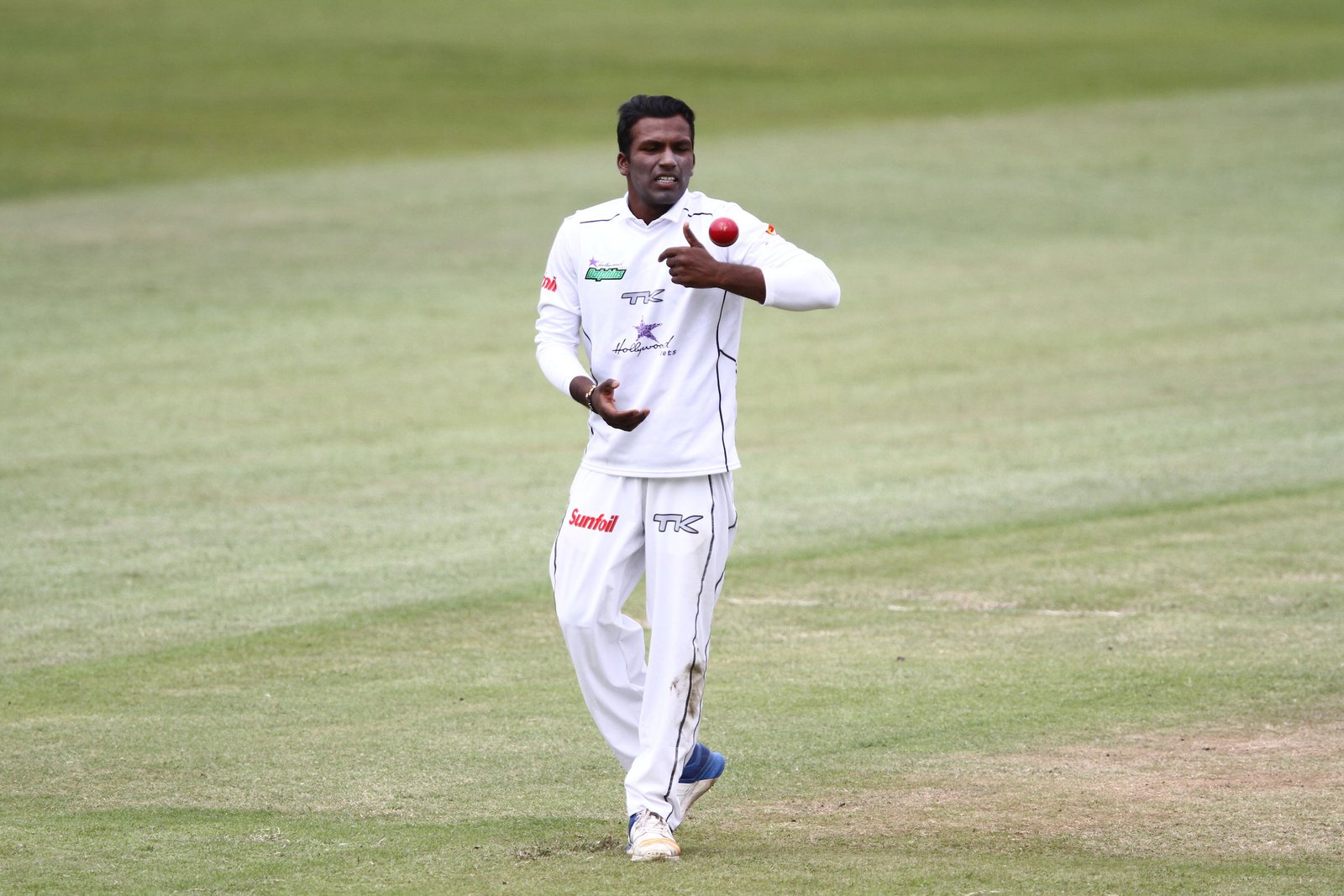 A career-best 7/36 by Senuran Muthusamy helped the Dolphins make the most of a stunning Cape Cobras collapse to seal a famous 137-run win late on the final afternoon of their 4-Day Domestic Series clash in Oudtshoorn on Thursday.

They were chasing 224 in a little over 35 overs after the visitors had earlier declared – more in hope rather than anything else of trying to make something happen at the Recreation Ground.

And their Proteas all-rounder delivered a magical return to hand them a first win of the season and one of their most memorable ones in recent history.

Heading into the clash they were bottom of the table and a dismal first-innings performance saw them dismissed for only 174.

The Dolphins were even forced to act quickly on the last day after the first half of play was lost due to a wet outfield.

But the game then turned on its head.

Janneman Malan (39) and Jason Smith (18) had taken their side comfortably forward as the round six match looked to be heading more for a draw.

But with around 15 overs to go, Muthusamy snapped their 43-run stand to spark the remarkable meltdown.

There was no resistance from anyone with captain Dane Piedt’s two off 17 balls the best of the last six batsmen.

Muthusamy completed his eighth career five-for in the process and bowled his side to an unforgettable win.