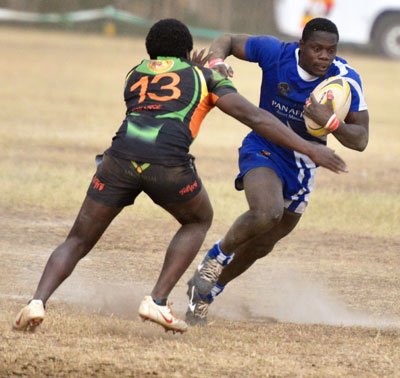 With five rounds of action left heading into the playoffs, Strathmore Leos look unstoppable in their quest for a quick return to the Kenya Cup.

Relegated after an 11-year spell at the close of the 2018/19 season, the Madaraka based students have won all 11 of their Kenya Rugby Union outings to date, the latest result being a 36-17 win away to Eldoret RFC over the weekend.

They are on 53 points, a massive eight clear of second-placed Masinde Muliro University of Science and Technology (MMUST) and all but assured of a home semifinal berth during the playoffs.

MMUST kept up their push for the second home semifinal berth with a 25-8 home win over Catholic Monks, a result that took them to 45 points coming off ten wins and just the solitary defeat to Strathmore.

Mean Machine, relegated last season from the Kenya Cup alongside Strathmore are placed third with 35 points, 10 points behind MMUST. Key for the 1977,1989 and 1990 Kenya Cup champions is making the playoffs and they kept that fight alive with a 16-15 win away to USIU.

As has been mentioned in previous posts, Championship debutants Northern Suburbs have punched above their weight this season and barring a dramatic collapse over the next five matches, are bound to at least make the top six playoffs.

Their chances, however, took a dent this past weekend when they fell to a 15-13 defeat away to Egerton Wasps in Njoro. Despite the loss, they stayed fourth on the log with 25 points off five wins and six defeats, two points clear of fifth-placed USIU Martials (23 points) who lost 16-15 to Mean Machine.

Egerton Wasps victory over Suburbs lifted them to sixth on the table with 22 points off four wins, one draw and five defeats. South Coast Pirates 20-7 loss away to UoE Trojans saw them slip from fifth to seventh, but they stayed level on points with USIU.