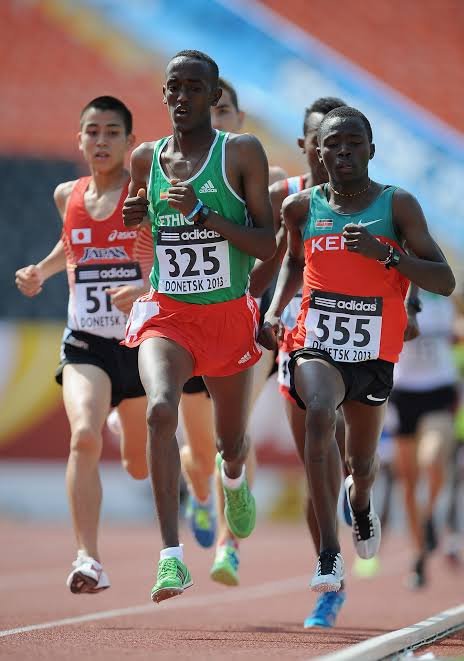 Ethiopians Tuemay and Lemecha Girma led a big group that included Yeman Crippa, Robert Keter, Robert Fsiha from Sweden, Yohannes Chiappinelli, Marouan Razine and Sergey Polikarpenko. Tuemay and Girma ran at the front for most of the race going through the second of five laps in 12:02 and the third lap in 17:49.

Tuemay broke away from Girma at the bell building a three-second lead (23:28 to 23:31). Tuemay stepped up the pace with one kilometre to go increasing his lead over Girma to seven seconds. Krippa, last year’s European cross country bronze medallist, and Keter, the 5km world record holder, battled it out for a third place with a gap of 20 metres over Aras Kaya.

Tuemay crossed the finish-line in 29:01, holding off Girma, the 2019 world 3000m steeplechase silver medallist, by 10 seconds and Keter by 12 seconds. Crippa finished fourth at the Campaccio for the second consecutive edition in 29:18 beating European Cross Country silver medallist Aras Kaya by four seconds.

Tuemay finished 18th at the World Athletics Cross Country Championships in Aarhus last year and set a personal best of 27:23.49 in the 10,000m at the Ethiopian World Championships trials race in Hengelo last July.

Ethiopians Tariku and Tesfay and the two Kenyans Kipkemboi and Kite then pulled away from Battocletti by 12 seconds and passed the halfway mark in 13:25. Tesfay and Kipkemboi battled it out for the win in the final lap.

The 21-year-old Tesfay launched her kick in the final straight holding off Chelimo, last year’s 5000m world silver medallist, in a close sprint finish, with both credited with the same time of 19:27. Tesfay finished 11th at last year’s World Athletics Cross Country Championships.