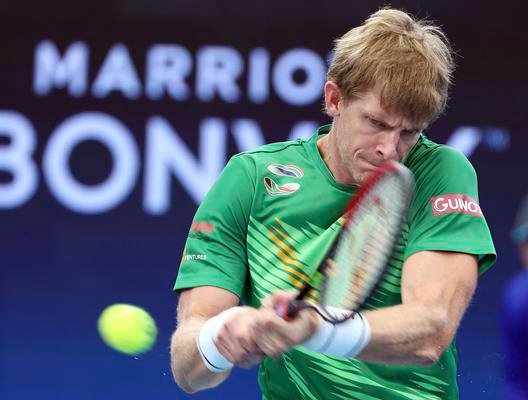 South Africa bounced back from an opening loss to Serbia with a clean sweep victory over Chile at the ATP Cup tennis event in Brisbane, Australia, on Monday.

Rising South African star Lloyd Harris made a strong start against Nicolas Jarry to give South Africa an early lead.

Jarry seemed to be in control early in the first set when 4-2 up but lost four straight games to end up falling 6-4 to Harris. In the second set, Harris broke in the third game and kept the difference until the end. Harris defeated the Chilean 6-4 6-4 to set up teammate Kevin Anderson for the tie-clinching opportunity.

“I’m super happy. I went down early at the start with the break, but came back strong straight away, broke him to love, and I think I just built on confidence from there,” Harris told ATPtour.com.

“I started serving well, hitting some spots, going more for percentage and I feel like I just constructed the match very well and it panned out as I wanted.”

In the second singles match of the tie between Kevin Anderson and world number 33 Cristian Garin who were meeting for the first time, it seemed that Anderson was running away from the Chilean taking the first set 6-0in just 25 minutes.

However, the Chilean quickly took the lead in the second set, but it was not enough to turn the match. Anderson took it 6-3 to seal the victory in the singles and close the series. It was South Africa’s first tie victory in the ATP Cup.

“I got off to a really good start and I feel like a lot of things we have been working on, I was able to implement them,” Anderson told ATPtour.com. “It was great that I was able to play a good match, and with Lloyd [Harris] playing well as well, get our first win for our team.”

Raven Klaasen and Ruan Roelofse won the doubles dead rubber against Cristian Garin and Nicolas Jarry 1-6 6-3 [10-7] to secure a 3-0 victory for South Africa.

Team captain Jeff Coetzee was impressed with the team’s performance, saying: “This is a huge confidence booster for the team. Everyone played their part and it was a huge team effort.”

“Great support by the team in all matches, especially the doubles to see what team spirit can do to the players.

South Africa will play France in their final Group A tie on Wednesday.

“France will be another tough encounter. I think the way we played today and united as a team gives us a good indication of what a team can do when they have ‘ubuntu’. I am hopeful that we can go further in the tournament. There is a huge momentum swing after today’s win and the team keeps growing in self-belief,” added Coetzee.