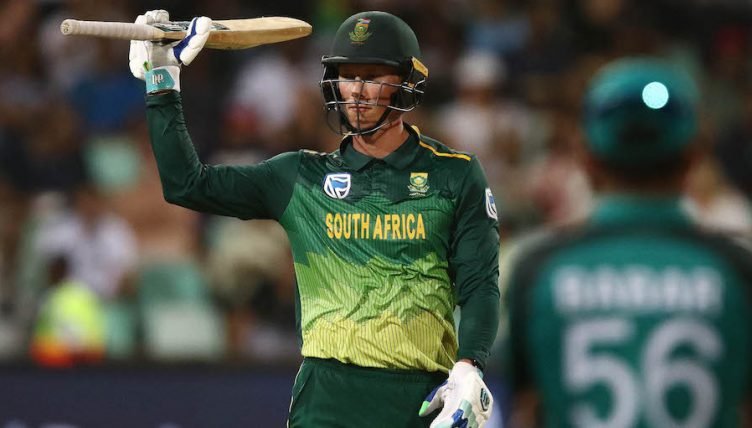 The Cape Cobras duo of fast bowler Dane Paterson and opening batsman Pieter Malan, the Lions trio of batsman Rassie van der Dussen, fast bowler Beuran Hendricks and all-rounder Dwaine Pretorius, and Warriors wicketkeeper/batsman Rudi Second have all been included in the squad which will assemble for a training camp later this week.

Second was selected for the previous Test series in India but had to withdraw through injury. Paterson, Van der Dussen, Hendricks and Pretorius have all represented SA in limited over internationals.

The first Test match takes place at SuperSport Park, Centurion, from December 26 to 30 and the second at Newlands from January 3 to 7.

Lungi Ngidi of the Titans and Wiaan Mulder of the Lions could not be considered because of injury while Aiden Markram of the Titans is recovering well from injury.

“The high number of uncapped players coming into the squad is a reflection of our policy to acknowledge players who do well at franchise level and have put their hands up for selection,” said CSA Independent Selector, Linda Zondi.

“Van der Dussen, who is third on the current four-day batting averages, and Pretorius, who has established himself as the leading all-rounder, are clear examples of this.

“Following the same trend Paterson has been the second leading wicket-taker in four-day cricket this season, including a seven-wicket haul in an innings, and we want to go into the Test series will a full arsenal of fast bowlers who have always provided one of our traditional strengths.

“Beuran Hendricks is also part of this strategy and adds variety to the attack as a left-arm swing bowler.

“Malan has been one of the most consistent runs scorers in franchise cricket for many seasons now and, as a specialist opening batsman, he provides cover for Markram, while Second provides cover in the wicketkeeping department and is a top-order batsman in his own right.

“The selection of the A-side to play England in a three-day tour match is confirmation of our policy to make this team our official South African 2nd XI and it has a good mix of experienced and young players with Pite van Biljon, Kyle Verreynne, Glenton Stuurman and Nandre Burger all being chosen at this level for the first time.

“Van Biljon and Verreynne are both in the top six on the four-day batting averages while we have gone for a young fast bowling attack as we look to develop our depth in this area,” concluded Mr Zondi.