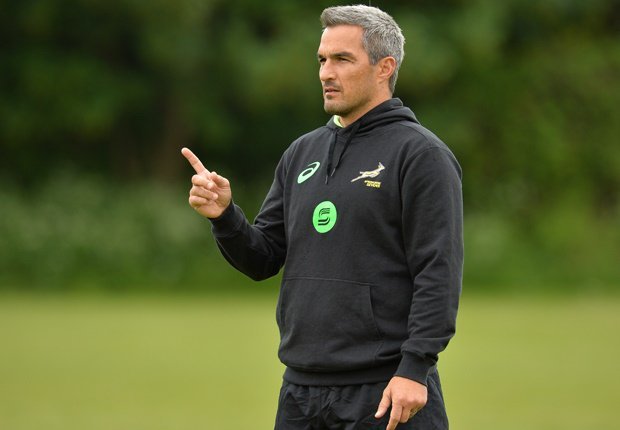 Springbok Sevens coach Neil Powell lamented two missed opportunities in their final against New Zealand at the Cape Town Stadium on Sunday but said his charges’ progress in the HSBC World Rugby Sevens Series has been encouraging.

The NZ Kiwis edged SA’s Blitzboks 7-5 to clinch the HSBC Cape Town Sevens and are now tied with the Blitzboks on the HSBC World Rugby Sevens Series standings after South Africa claimed the title in Dubai last weekend when they beat New Zealand in the final.

“We had two good weeks, playing in two finals and winning one,” said Powell.

“That is a much better start than last season and bar the two lineouts we fluffed in the final, we had a good tournament. I certainly cannot fault the effort of the players.”

Powell said the longer than usual pre-season helped his team to prepare well for the opening legs of the World Series and winning 11 of their 12 matches in Dubai and Cape Town.

“We had the opportunity to get a proper pre-season in this year and that has helped a lot,” he said.

“It is unfortunate that we could not pull this one through as the Cape Town crowd has been amazing and we would have loved nothing more than winning in front of them.”

Springbok Sevens captain Siviwe Soyizwapi said the margins of error in finals are tighter than ever: “The difference between the two sides today was that New Zealand had one opportunity to score and they did, but we had at least three and only used one.

“It was a tough tournament physically for us, so it would have been nice if we could top the effort with another win, especially in Cape Town, which is by far my favourite tournament.

“But two finals in two tournaments cannot be faulted and was just reward for the effort the squad put in. Credit to New Zealand, who came out on top today,” added Soyizwapi.

The Blitzboks had to do without Ruhan Nel in the midfield for the final as the centre picked up a hand injury in their semifinal win against France. Nel was the Blitzboks’ top try-scorer in Cape Town, with five tries, which included a brace in their quarter-final against Kenya and another against France.

“It was a pity that I could not play in the final, but that is the way rugby goes sometimes,” said Nel.

“At least I played in two full tournaments and we did very well. I am now returning to fifteens, but I am very pleased with my short comeback to sevens. At least I know my conditioning will be right up there when I join the DHL Stormers soon.”

Nel was pleased with the solid run he was afforded by Powell: “I have to thank the coach for allowing a couple of us back for the opening two tournaments. It was great finishing here in Cape Town – it was again such a wonderful tournament to be part of. The crowd support remains the best anywhere in the world.”

Nel, JC Pretorius and Rosko Specman were named in the Team of the Tournament afterwards.