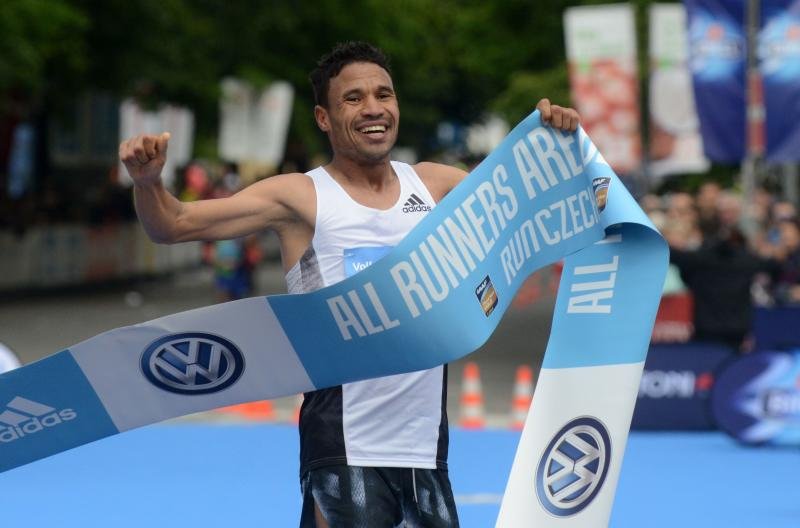 Dazza won by more than two minutes in 2:07:10 while Fujimoto, who planned an assault on the Japanese national record, was a distant second in 2:09:36.

The pacemakers, led by 2:05 marathoner Bedan Karoki of Kenya, pushed the tempo to target the 2:05:50 Japanese national record. Three Japanese – Taku Fujimoto, Yuki Sato and Takashi Ichida – took up the challenge which if successful, would have also landed them the third spot on the Japanese Olympic marathon team.

They set off with the lead pack which included Amanuel Mesel of Eritrean, Kenyan Shadrack Kiplagat and Raymond Choge, Ethiopian Worknesh Derese and Dazza, the pre-race favourite. The pack covered the opening five kilometres in 14:51, 10 kilometres in 29:48, 15 kilometres in 44:42, and 20 in 59:42 to reach the half in 1:03:02, all faster than the national record split.

After reaching 25 kilometres in 1:14:35, the pack was reduced one kilometre later to just Fujimoto, Sato, Dazza and Derese.

One kilometre later Sato and Derese also fell behind, leaving Fujimoto and Dazza to duel it out. After Karoki, the final pacemaker dropped out at 30 kilometres (1:29:33), Dazza started to push the pace and easily pulled away from Fujimoto. Although Dazza slowed after 35 kilometres (15:35 between 35 to 40Km), he still won comfortably to capture a second consecutive marathon win after his triumph in Prague in May.

Fujimoto, who was ahead of Suguro Osako’s national record pace until the 30th kilometre, slowed dramatically after 35km with a 16:35 5km split, but still held on for second in 2:09:36, the second-fastest of his career.

Jo Fukuoka, who came from behind in the final kilometre, finished third with 2:10:33.

In his debut over the distance, Derese finished fourth with 2:10:52. A graduate of Japan’s Takushoku University, Derese competes for the Hiramatsu Hospital Track team. Michael Githae, another runner with a Japanese connection, was sixth with 2:10:59.

Yuki Sato, who stayed with the leaders on a national record pace until kilometre 27, fell apart after 35 kilometres and finished a disappointing 15th in 2:14:56.

Running in his 99th marathon, Yuki Kawauchi was as always a tenacious runner, moving up from 25th position at 30 kilometres to 20th at 35 before finally finishing 12th in 2:12:50.