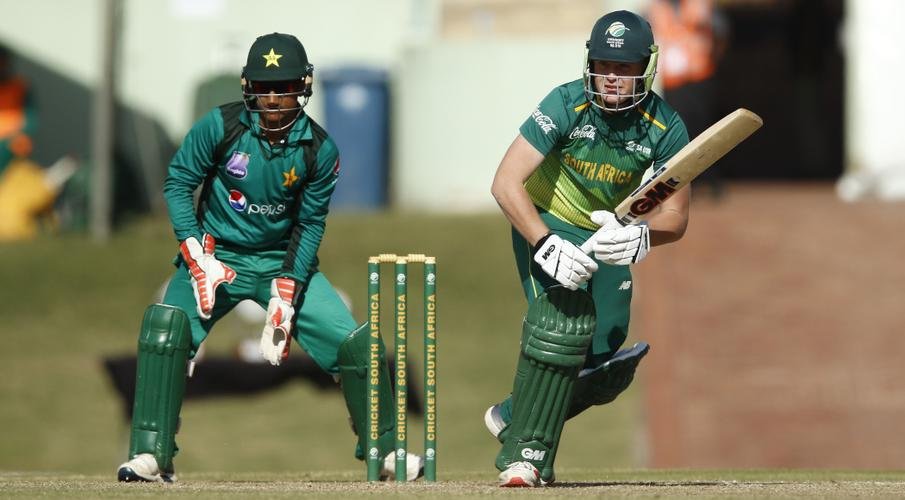 Cricket SA on Tuesday named Bryce Parsons of Central Gauteng as captain of the SA team to play in the 2020 edition of the Under-19 World Cup to be held in South Africa early in the new year.

The vice-captain is Khanya Cotani of North West and the team also includes Gerald Coetzee of Free State who was a member of the team that played in the last tournament in New Zealand in 2018 and has already played franchise cricket for the Knights as well as for the Jozi Stars in the Mzansi Super League.

The squad will finalise its preparation during a home series against world champions India at the end of the year and in a quadrangular series that follows against India, New Zealand and Zimbabwe.

“Congratulations to all the players who have been selected as well as the management and support staff,” said CSA Acting Chief Executive Jacques Faul. “I am sure head coach Lawrence Mahatlane, his fellow selectors and our talent scouts around the country have left no stone unturned in identifying our best players in this age group and that the work done at the various training camps will be well rewarded.

“I wish our players everything of the best for a successful tournament and know that they will make us proud.

“I would also like to acknowledge the work done by tournament director Sivuyile Mqingwana as well as by the local organising committees at our four hosting venues,” concluded Dr Faul.

“This is a very significant moment because one of our boys selected, Tarese Karelse, comes from the Standard Bank Regional Performance Centre programme we started a few years ago,” said CSA acting head: cricket pathways, Edward Khoza.

“Others have come through from focus schools, so we can see the exciting talent coming through from all the various platforms of our age groups. I must also thank Momentum because they play a huge part by sponsoring our youth tournaments from under-13 upwards as well as the Friendship matches which create extra playing opportunities.

“Sport and Recreation South Africa (SRSA) have also played their part at the RPCs and community hubs because some of the players started their journeys there before going on to top cricket schools.

“What really pleases me is that all the strategic pathways we have put in place are now starting to come to fruition. This is confirmation that we are on the right track,” added Khoza.

“I feel we have chosen a well-balanced squad that has good leadership potential in its ranks as well,” said CSA Under-19 selection convener Victor Mpitsang. “Having a player who has experienced a previous ICC under-19 World Cup tournament in Gerald Coetzee also brings significant advantages of its own.

“The advantage of playing at home also brings extra confidence into our ranks, particularly as the team has a good programme of competitive youth ODIs leading into the tournament.”

South Africa Under-19s coach, Lawrence Mahatlane said: “It was a tough process selecting this squad. We went through quite a lot of players, giving quite a few players an opportunity and we are very excited with the squad we selected. There is a lot of flexibility with some special talent around, I am personally excited about this group and I am sure they will make the nation proud,” he continued.

“Bryce is a natural leader. The tone that he has set and the growth we have seen over the last couple of months, it was very natural for us to back him as a leader. He captained the side throughout the winter and we have seen a lot of growth in him, not only tactically, but also as a person. Hopefully, he will keep doing the country proud.”