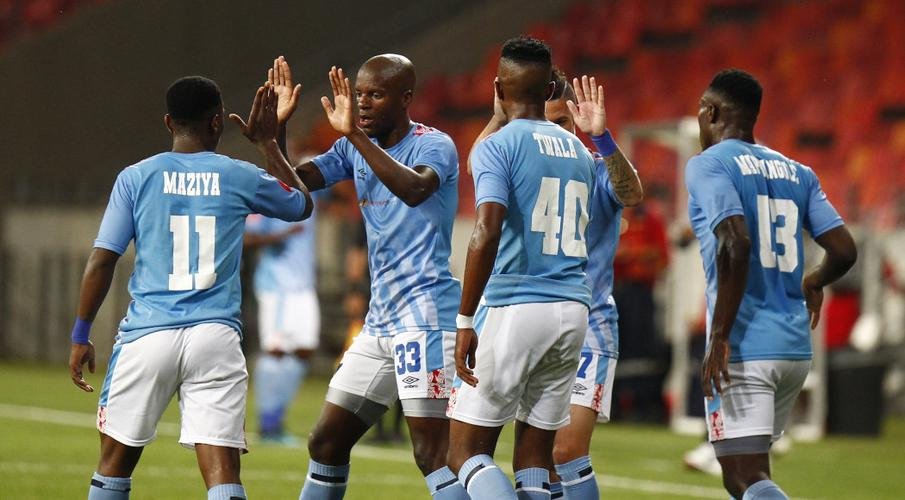 Chippa United claimed just their second win of the 2019/20 Absa Premiership season when they crushed Black Leopards 3-0 at the Nelson Mandela Bay Stadium in Port Elizabeth on Wednesday evening.

The Chilli Boys – who secured the win thanks to goals from Thabo Rakhale, Augustine Kwem and William Twala – remain bottom of the log but are now just a point away from AmaZulu and Stellenbosch in 15th and 14th respectively. Lidoda Duvha are only a point further ahead.

Chippa got off to a flying start and claimed the lead as early as the fifth minute, with winger Thabo Rakhale taking full advantage of some slack defending from Leopards before sending a shot beyond the reach of goalkeeper Jonas Mendes.

The hosts had their tails up following the opening goal and they doubled their lead in the 19th minute. This time it was striker Augustine Kwem who found the back of the net, providing a fine finish from Meshack Maphangule’s assist.

The Chilli Boys bossed the remainder of the first half and tested out Mendes on a couple of occasions, but they were unable to further capitalise on their dominance before the break, leaving the score at 2-0 midway through the game.

Chippa picked up in the second half where they left off in the first, with the likes of William Twala, Kwem and Rakhale combining well to force Leopards’ defence onto the back foot.

The visitors made two changes soon after the break: an immediate swap of Mwape Musonda to make way for Joseph Mhlongo, and on the hour mark when they introduced Arohasina Andrianarimanana to bolster their midfield.

Yet once the hosts had taken the sting out of Leopards’ new-found intent, it was smooth sailing to a third goal and a much-needed three-point haul, with Twala’s hard-running performance rewarded with a strike from the penalty spot in the 84th minute to complete the scoring.

The teams will return to Absa Premiership action this coming weekend.

Leopards will host Golden Arrows in Thohoyandou on Saturday evening, while Chippa remain in Port Elizabeth and welcome Baroka FC on Sunday.