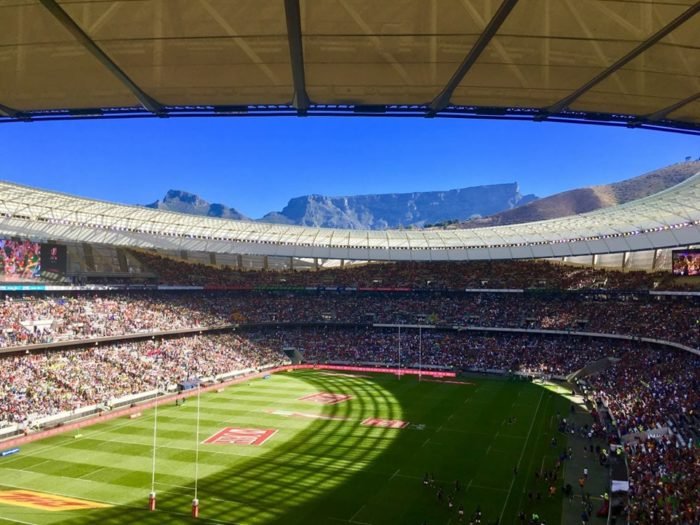 Black Friday will go Green and Gold on Friday,  with an unbeatable limited offer for tickets to the opening day of the HSBC Cape Town Sevens.

The Blitzboks and all the other 27 teams will be in action on the opening day of a bumper tournament – including an eagerly awaited home debut for Imbokodo, the Springbok Women’s Sevens team.

All available tickets for the first day of the tournament, on Friday 13 December, will sell for only R99 all day on Black Friday (29 November), at all participating Computicket outlets and online at www.computicket.com.

There is also a limited number of Saturday and Sunday tickets available at normal prices, having been returned from event partners.

Corporates are encouraged to bring their after-work drinks party to stadium level and treat staff to the vibe at one of the highlights of the Cape Town calendar. Gates open at noon on Friday and the first game kicks off at 2 pm.

Saturday’s play starts at 9 am and an hour later Sunday, completing two and a half days of action from the world’s premier rugby sevens athletes to thrill spectators with skill, speed and upsets.

The long weekend of rugby action will culminate with men’s and women’s finals on Sunday evening, 15 December.