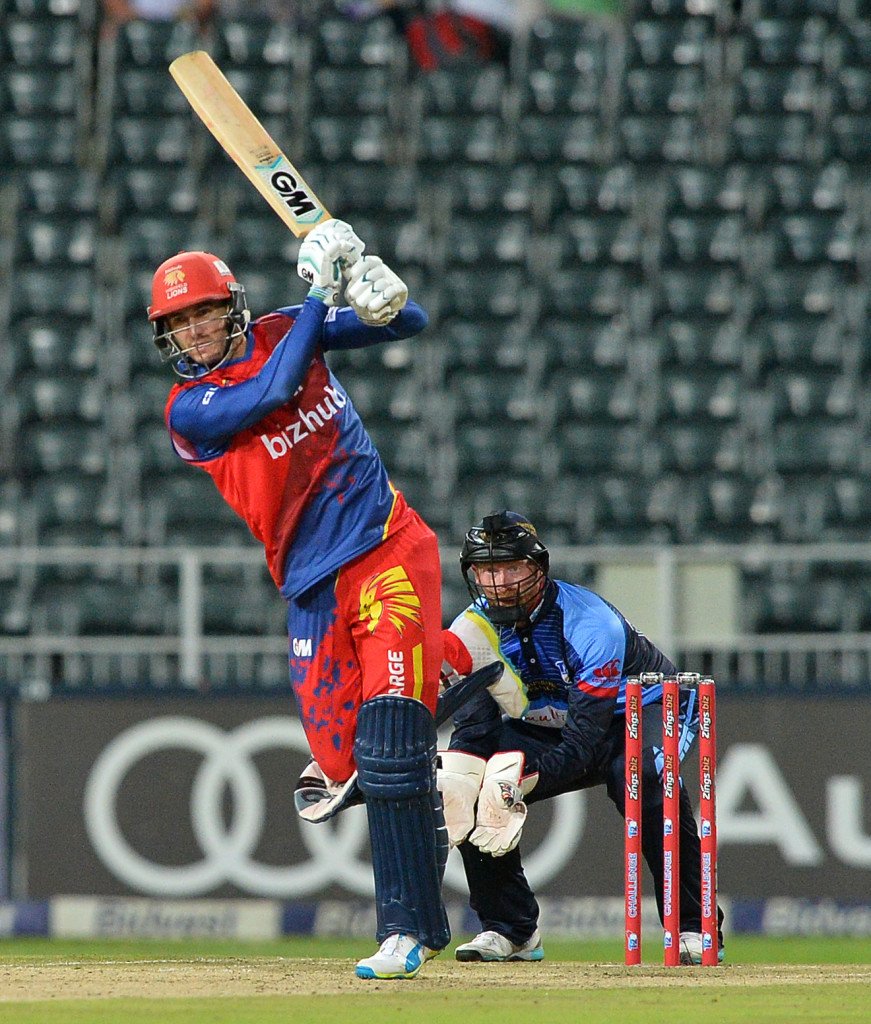 A fixture record fifth-wicket stand between Reeza Hendricks and Nicky van den Bergh paved the way for the Lions to enjoy another successful batting day in their 4-Day Domestic Series encounter against the Knights in Kimberley on Tuesday.

Both finished with unbeaten centuries as the defending champions amassed an imposing 468/4 declared on day two at the Diamond Oval before the hosts replied with 173/3.

That left the central franchise still 295 runs behind the home side, with rising young star Raynard van Tonder ensuring his team were not overwhelmed thanks to his impressive 81 (157 balls, 12 fours).

It was nonetheless a good day for the Lions, who had struggled with the bat in their previous two games.

They entered day two on 316/4, with Hendricks and Van den Bergh adding 152 to their overnight score without the loss of any further wickets.

Their partnership of 200 bettered the previous fifth-wicket records in the fixture – 194 between Neil McKenzie and Temba Bavuma for the Lions at the same venue in 2011/12 and 152 by Ryan Bailey and Morne van Wyk at Johannesburg in 2006/07.

In reply, Grant Mokoena (20) helped Van Tonder add 47 for the first wicket, followed by 92 between the latter and Keegan Petersen (36).

Both were taken out by Malusi Siboto (2/44), and, after the set man fell to Nono Pongolo (1/29) not long after, the Knights looked to be in big trouble.

But captain Pite van Biljon, fresh from his double ton in the last game, took them to the close unbeaten on 15, with Patrick Kruger (14) alongside him.