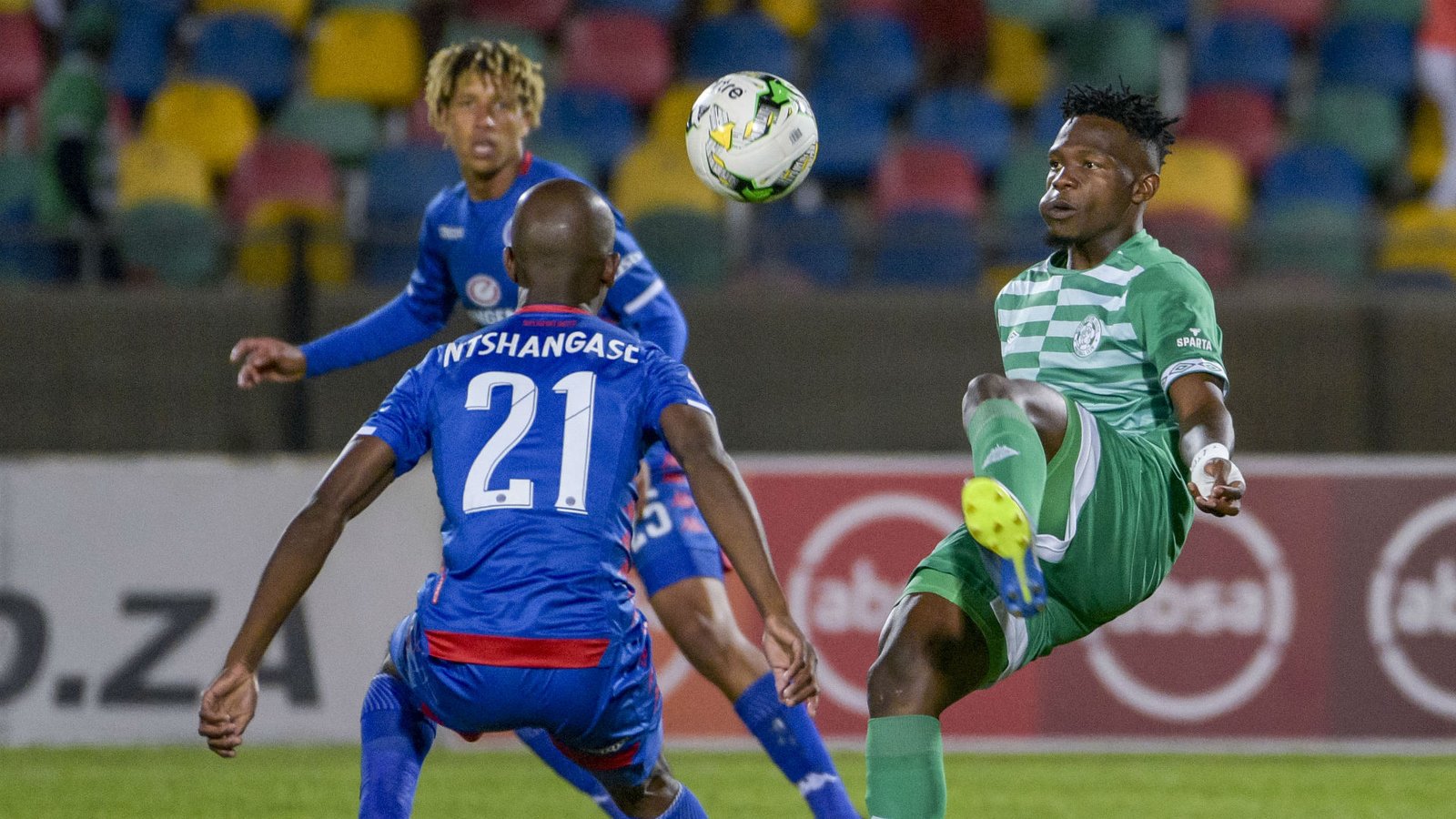 Bloemfontein Celtic came back strongly in the second half of their league clash with SuperSport United on Wednesday night at the Dr Molemela Stadium to earn a 1-1 draw.

The Pretoria outfit had taken the lead early on through Aubrey Modiba, but having spurned a number of chances to drive home their advantage, Celtic equalised in the 50th minute through Sera Motebang.

The match got off to a very lively start, with both teams having chances, although it was the visitors who were a greater threat.

And they were to go ahead after 18 minutes when Modiba curled a beauty of a free-kick around the wall and into the back of the net.

Celtic nearly made an immediate reply when moments after the restart they went on an attack which ended with Maloisane Ramasimong striking the crossbar from a tight angle.

It was, however, SuperSport who continued to threaten the Celtic goal as Luke Fleurs went close with a header before Jackson Mabokgwane did well to keep out another Modiba free-kick as well as a shot from Kudakwashe Mahachi.

Mabokgwane was lucky not to concede on the half-hour mark when he spilt what would have been a routine save from a Sipho Mbule shot, which resulted in the ball falling for Bradley Grobler – but from close range he was only able to stab the ball wide of the post, much to the home keeper’s relief.

More chances followed for Matsatsantsa, but they were unable to profit as Teboho Mokoena and Jamie Webber both shot wide while Evans Rusike was denied by Mabokgwane.

Having failed to capitalise on any of their opportunities, SuperSport were punished five minutes after the interval when Motebang popped up in the box to turn home a cross from the right from close range; 1-1.

SuperSport looked to respond soon after, but it wouldn’t happen for them in front of goal as Modiba had a shot blocked and then Rusike fired into the side-netting before the same player had a fiercely struck effort brilliantly kept out by Mabokgwane.

However, as the midway point of the second half approached, Phunye Sele Sele began to stamp their authority on the game, with substitute Lantshene Phalane’s introduction a big part of that.

And after a couple of half-chances, the hosts were close to scoring in the 79th minute when Mzwanele Mahashe launched himself at a free-kick, but his header was acrobatically tipped over the bar by Ronwen Williams.

In an exciting end to the game, both teams pushed for a winner and there were half-chances at both ends, but 1-1 was how it remained – probably a fair reflection of an absorbing evening’s action in the Free State capital.