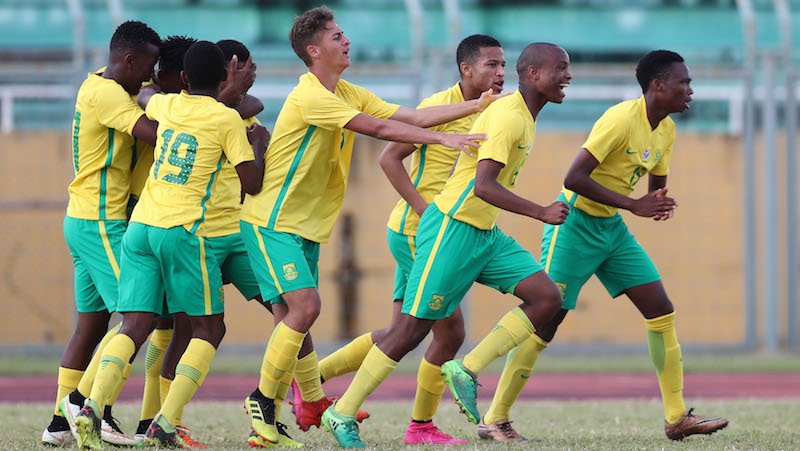 South Africa will be among eight nations who will contest the Cosafa (Council of Southern African Football Federations) Under-17 Championships in Malawi from October 11 to 20.

They are the one country to have competed in every one of the seven previous championships and also the only team to lift the title twice, though their last success was back in 2002.

They have appeared in six finals in all – also a record. The only time they did not make the deciding match was in 2017.

South Africa lifted the inaugural trophy in 1994 when they beat Mozambique 2-1 in the final.

A draw with Zambia in their opening match was followed by wins over Swaziland (1-0) and Malawi (4-0), before they thumped Zimbabwe 5-1 in the semifinals and then delivered that victory over Mozambique to seal gold.

They were back on top in a shortened, four-team tournament a year later as they again secured wins over Botswana (2-0), eSwatini (5-4) and Lesotho (4-0).

The team breezed through the pool stages in 2007 as they claimed victories over Lesotho (5-0) and Mauritius (3-0), and then edged Malawi 1-0 in the semifinals.

But following a 1-1 draw with Zimbabwe in the decider, they lost 4-2 on post-match penalties.

South Africa completed a full haul of nine points in the pool stages in 2016 as wins over Seychelles (1-0), Namibia (4-0) and Mauritius (2-0) quickly established them as tournament favourites.

This was doubly so when they beat East African guest nation Kenya 4-0 in the semifinals, but they were again undone by penalties in the decider.

After a 1-1 draw with Namibia, they lost 3-1 on spot-kicks to take home the silver.

They were not as dominant in the early stages of the 2017 finals as wins over Mozambique (3-1) and Madagascar (5-3) were either side of a 3-2 loss to Zambia.

They still did enough to move on to the next stage, where they lost to hosts Mauritius in the semifinals, and then Malawi in the bronze-medal match.

The 2018 tournament saw them reach the final again, but it would see them only claim silver.

A draw with Lesotho (0-0) was followed by wins over Mozambique (4-1) and Zambia (2-1), after which they gained some revenge over Mauritius with a 2-0 victory in the semifinals, but lost 1-0 to Angola in the decider for yet another silver medal.

Their only appearance at the Fifa Under-17 World Cup was in Chile in 2015 when they went out in the first round.