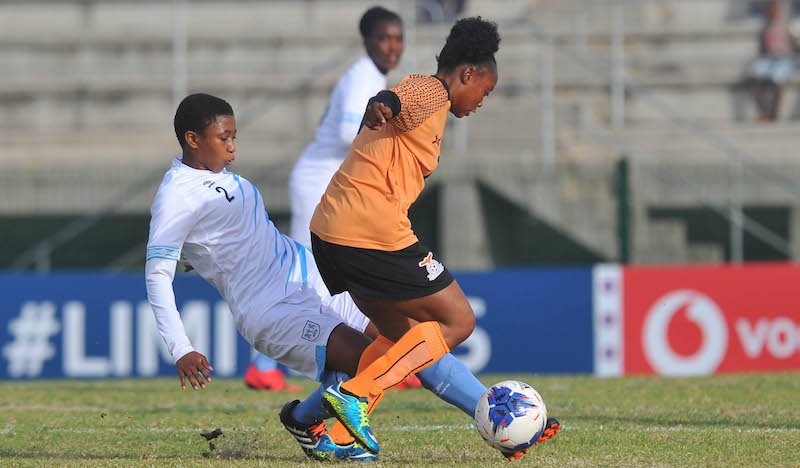 Zambia and Botswana played to a 0-0 draw in Group B at the 2019 Cosafa (Council of Southern African Football Associations) Women’s Championship in Port Elizabeth on Tuesday.

The result ensured both advanced to the semifinals.

Zambia topped the pool on seven points, ahead of Botswana only on goal-difference, and advance as the best-placed runner-up. It means the pair will meet again in the semifinals on Thursday.

Hosts South Africa will take on Zimbabwe in the other Last 4 clash.

The unlucky team to miss out are Malawi, who would have watched from their hotel as Zambia missed a host of gilt-edged chances to clinch victory. Had there been a winner in the fixture then they would have advanced.

In the other match in the pool, Namibia thumped Mauritius 8-0 to end their tournament on a high.

The first semifinal on Thursday will see Zambia and Botswana resume their battle at the Wolfson Stadium (starts at 12.30pm).

It is a first-ever semifinal appearance for Zambia, who will have to be vastly improved if they are to trouble a Zambia side who looked limp in their final pool match.

The second semifinal pits heavyweights South Africa against Zimbabwe, the only two nations to have ever lifted this trophy (starts at 3.30pm).

Meanwhile, in the inaugural Under-21 2019 Cosafa Women’s Championship, Zambia sealed top spot in Group B to set up a semifinal with Zimbabwe on Thursday.

Zambia claimed a hard-fought 2-1 victory over Tanzania to take the win, as goals from Florence Kasonde and Christine Kalange put them 2-0 up.

Enekia Kasonga Lunyamila scored a third goal of the competition for Tanzania late on to set up a grandstand finish, but could not force home an equaliser that would have seen them seal top spot.

Botswana cruised to a 3-0 win over Eswatini in the other fixture in the pool to earn their first points of the championship.

Thuto Radipitse, Gertrude Seambala and Leungo Senwelo scored the goals for the Young Mares as they ended their tournament on a high.

Both semifinal matches will be played on Thursday at the Gelvandale Stadium, with Zambia versus Zimbabwe (10 am) and South Africa meeting Tanzania (2 pm).