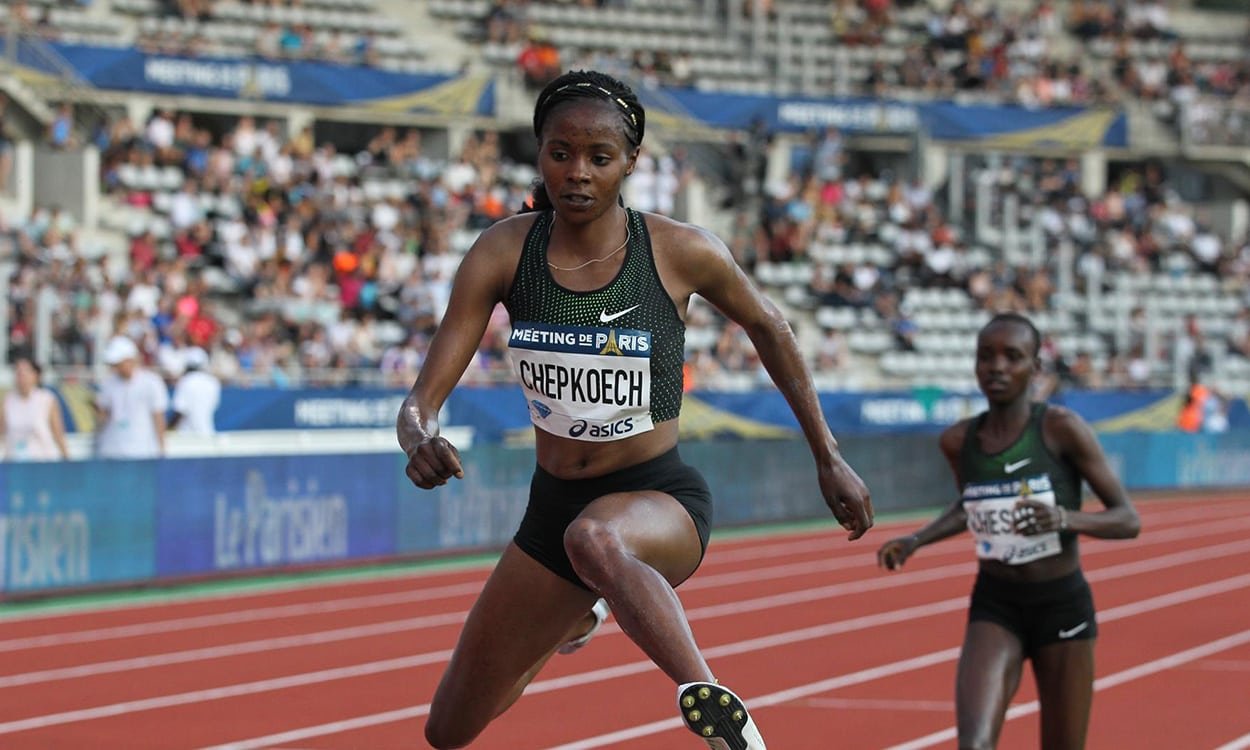 Kenyan World record-holder Beatrice Chepkoech produced a dominant run in the Muller Grand Prix 3000m steeplechase as she led five women inside the old meeting record at the IAAF Diamond League meeting in Birmingham on Sunday.

Paced through the first kilometre in 2:58.15, the Kenyan was still on schedule for a sub-nine-minute time through 2000m, reached in 5:59.94. Although the pace dropped over the final couple of laps, she had enough of a lead over the chase trio – Celliphine Chespol (KEN), Winfred Yavi (BAH) and Hyvin Kiyeng (KEN) – to coast to victory in 9:05.55.

All five women have guaranteed their spot in the IAAF Diamond League final in a few weeks’ time.

In the non-scoring men’s middle-distance events, Uganda’s Ronald Musagala emerged victorious from a four-man pack at the end of the 1500m to win in 3:35.12 from Australia’s Stewart McSweyn (3:35.21), while Ireland’s Mark English similarly timed his finish to perfection to win the 800m in a season’s best of 1:45.94.