Banyana see off Zimbabwe to advance to final 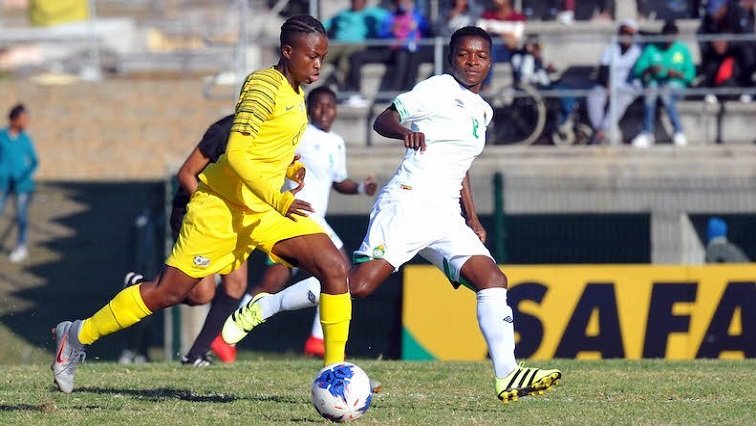 Banyana Banyana recorded a 3-1 win over Zimbabwe in their Council of Southern Africa Football Associations Women’s Championship semifinal match at the Wolfson Stadium in Port Elizabeth on Thursday afternoon.

Banyana coach Desiree Ellis made two changes to the team starting a team from the one which led to a 3-0 win over Madagascar on Monday, with Busisiwe Ndimeni and Amanda Mthandi replacing Kholosa Biyana and Ode Fulutudilu respectively.

The South Africans took the lead in the 17th minute when Bambani Mbane scored her third goal of the tournament. However, a lapse in defence by the hosts saw Mavis Chirandu equalise four minutes later.

The Zimbabwean defence seemed to lose focus in the last few minutes of the first half, and Amanda Mthandi netted her fifth goal of the competition in the 45th minute.

The Banyana dominance was such that the Zimbabweans only managed one shot on goal throughout the match. Refiloe Jane’s team now hold a proud record of five wins and three draws in their last eight outings against Zimbabwe.

The last time Zimbabwe beat SA was a 1-0 scoreline in a friendly international in Harare, Zimbabwe, on December 2011.

The South Africans will now take on Zambia in the showpiece final on Sunday after the ladies from Lusaka beat Botswana 4-0 in the other last-four encounter.