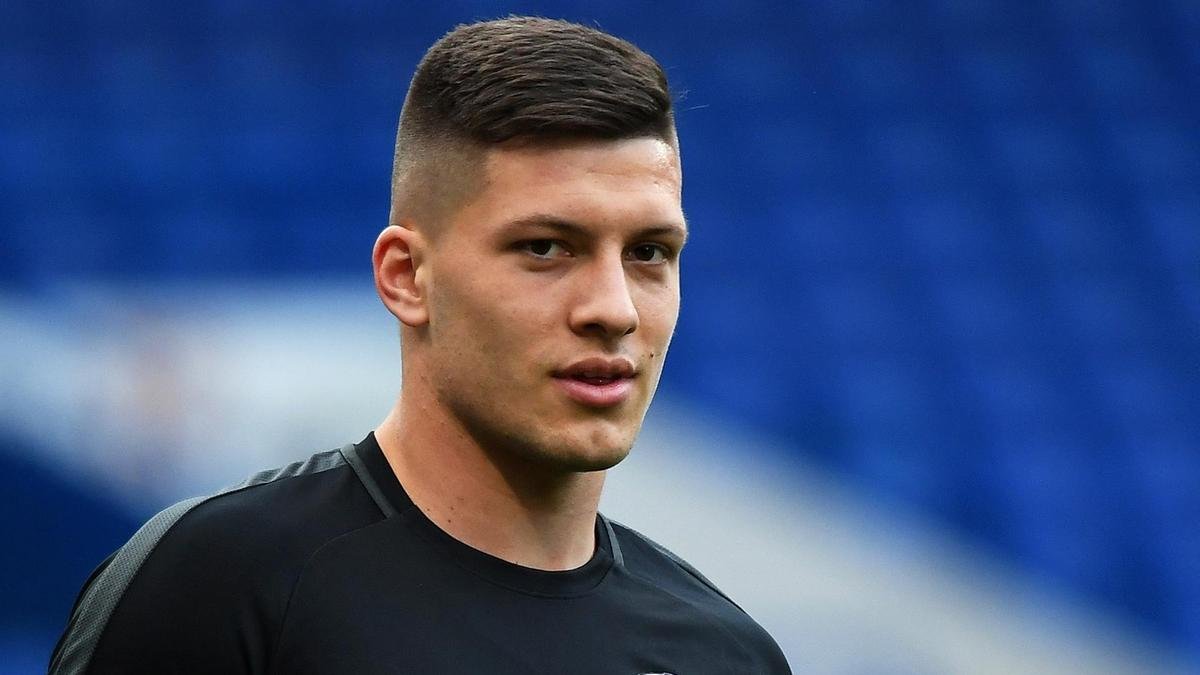 33 times La Liga champions Real Madrid have unveiled their newest addition to the team at the Santiago Bernabeu.

The 21-year-old Serbian forward became a major target for top European clubs, after netting 29 goals in 32 appearances for the Bundesliga side.

However, 13 times UEFA Champions League winners Madrid won the services of the skillful player, who will undoubtedly add fore power to the striking department.

Jovic, alongside Eden Hazard who has agreed a five-year contract with Real, should open the floodgates Real has been missing.

At his presentation earlier today, Jovic said: “I’m the happiest guy in the world for having signed a contract with this big club,” he noted.

“I’m going to give everything to help Real Madrid win trophies.”

The club has not yet disclosed the forward’s number.