Banyana aiming to use experience to overcome Chinese foes 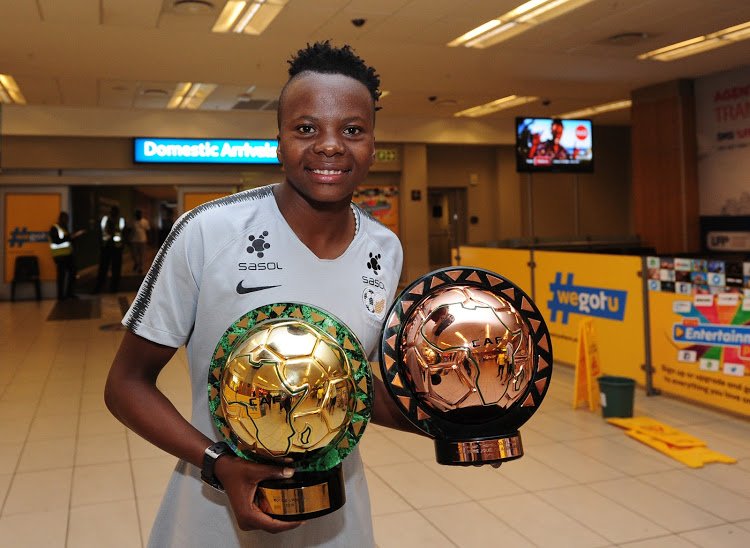 Banyana Banyana forward Thembi Kgatlana hopes her experience will help her side overcome China in their Women’s World Cup match in Paris on Thursday evening.

Kgatlana, 23, was in the team that lost 2-0 to China at the 2016 Rio Olympic Games, and the player would have learned from that defeat.

“It is a crucial game against China, as we have two games left and we need six points,” said Kgatlana.

In fact she is one of nine national team players that are in the current squad that featured in that particular game – the others are Lebohang Ramalepe, Nothando Vilakazi, Noko Matlou, Janine van Wyk who was captain, Mamello Makhabane, Linda Motlhalo, Jermaine Seoposenwe, Bambanani Mbane, Refiloe Jane, Andile Dlamini as well as Leandra Smeda.

Kgatlana says with the wealth of experience they have gained over the years, they should be able to achieve a better result this time around.

“It’s crucial that I score goals against China, I know the players and I know where my chances will come. When I played China at the Olympics I was still young, and gained a lot of experience since then.”

Both teams lost their opening games of the Women’s World Cup in France – South Africa was defeated 3-1 by Spain, while China lost 1-0 to Germany.

“We came into the tournament and we are still underdogs. People are still judging us by our result against Norway. And when we led for about 20 minutes against Spain people were surprised we actually could play. Spain were lucky on the day to get two penalties.”

Banyana and China play at the Parc des Princes in Paris with the match starting at 9 pm.