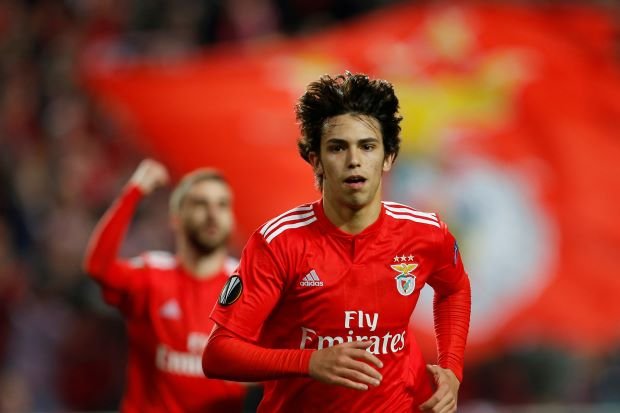 When it deemed and seemed as though Premier League champions Manchester City have won the race for Portuguese forward Joao Felix, there emerged new rivals for the youngster.

Atletico Madrid are in the line to land the Liga NOS wonderkid, dubbed the next Cristiano Ronaldo.

The starlet has a £106 million release clause in his contract and Benfica president Luis Filipe Vieira confessed the 19-year-old will leave should any club trigger the clause. He admitted the possibility of increasing the clause as the Benfica star continues to draw attention.

City’s rivals Manchester United were tipped to snatch the ‘Ronaldo regen’ but with the exclusion of Champions League action, Felix would prefer City as the suitors.

The Citizens are also linked with a move for Rodrigo as they look to stabilize their midfield.

Atleti expect Diego Costa to leave the club and with the club’s top scorer Antoine Griezmann’s departure so imminent, the striking department will need more firepower. Chelsea loanee Alvaro Morata is the only sole striker left but will need a partner.

The Portugal international who was involved in his country’s journey in the UEFA Nations League will make no decision on his future until after a summer holiday, but reports are suggesting that his agent, Jorge Mendes, will recommend a move to the La Liga outfit.