The National Basketball Association (NBA) postponed the Brooklyn Nets and the Minnesota Timberwolves that was scheduled to be played at Target Center on Monday night.

NBA decided to re-schedule the game after consulting the Timberwolves organization and local and state officials following the tragic event that had occurred in Minnesota.

“The National Basketball Association announced today that in light of the tragic events in the Minneapolis area yesterday, tonight’s game between the Brooklyn Nets and the Minnesota Timberwolves at Target Center has been postponed,” the league said in a statement.

On Sunday 11th April,  Daunte Wright, a Black man, was fatally shot by a police officer during a traffic stop in suburban Brooklyn Center, according to skysports.com.

The death of the 20-year-old led to a protest that poured into Monday.

“Our thoughts remain with the family and friends of Daunte Wright during this difficult time.”

National Football League (NFL) team Minnesota Vikings tweeted, after the incident, “We are heartbroken by the senseless killing of Daunte Wright.

“This avoidable situation is yet another tragic reminder of the drastic need for change in law enforcement training and police relations, specifically within the Black community.

“Our hearts go out to Mr Wright’s family and friends and all those who are hurting in our community.”

According to ESPN, the contest could take place today in Minneapolis. The Nets will travel to play the Philadelphia 76ers on Wednesday, as the Timberwolves entertain Milwaukee Bucks the same day.

The race to end racism is getting tougher and more challenging despite the Black Lives Matter (BLM) movement. Even black athletes continue to face the agonizing attacks on and off the pitch despite the awareness to combat this ‘disease.’ 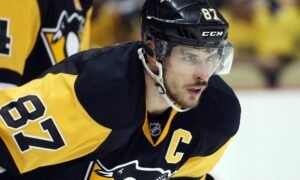