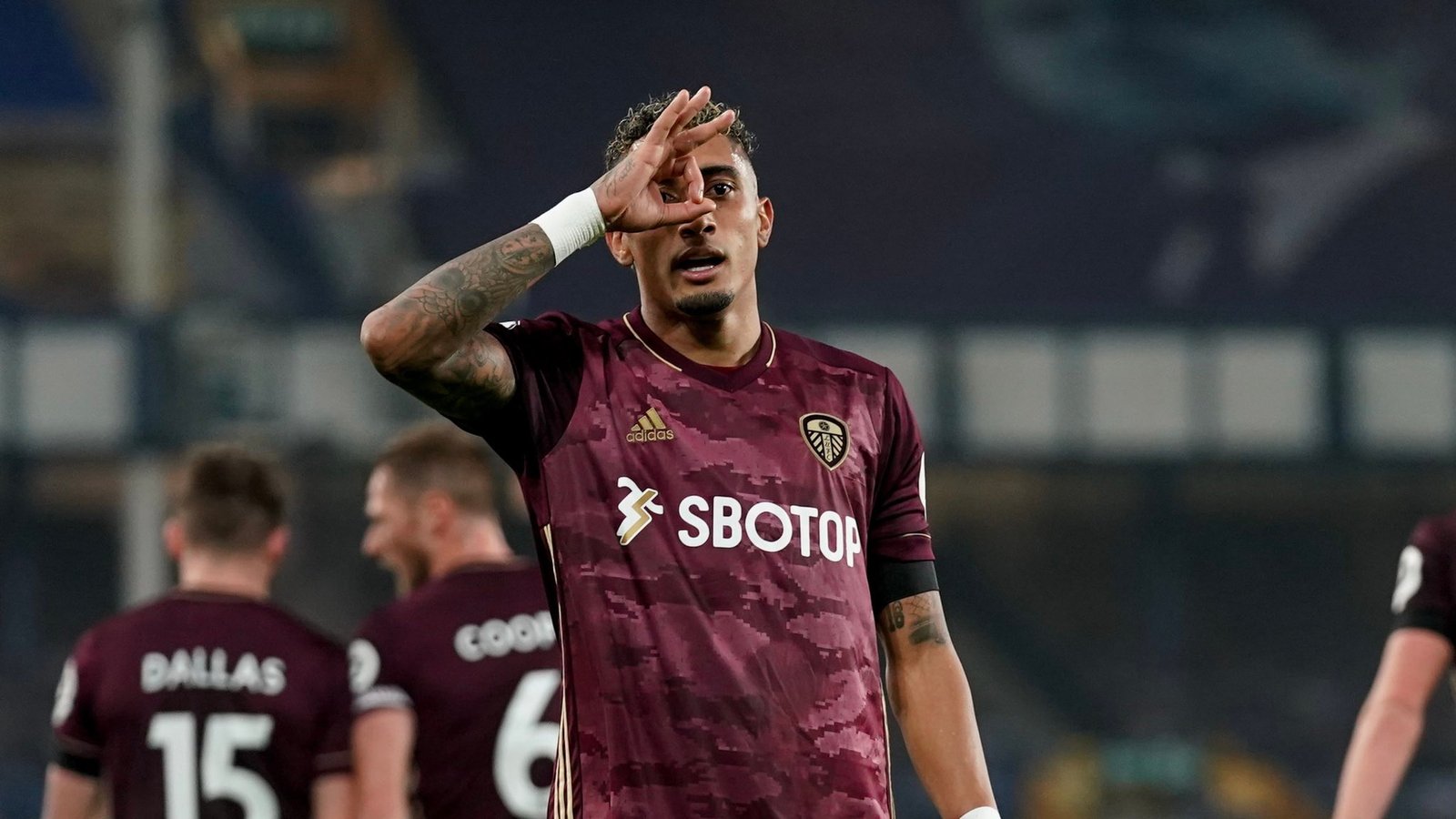 Manchester United are challenging Liverpool for a brand new signing in the summer.

Both teams are interested in Leeds United winger Raphinha.

According to Leeds coach Marcelo Bielsa, Raphinha would definitely leave the club should a big money offer for his player come.

Raphinha signed for Leeds last summer and Bielsa has admitted the wide player leaving when the deal is good.

Brazilian international Raphinha joined Leeds from Rennes for a fee believed to be £17m plus add-ons.

The 24-year-old has scored seven goals and provided seven assists for the newly-promoted side, showing how well he has not only fitted in Bielsa’s side and style of play, but also Premier League football.

United seem to have lost confidence in their pursuit of signing Jadon Sancho from Borussia Dortmund as he would cost a huge amount of money.

The England international continues to make waves in the Bundesliga and his patnership with Erling Haaland is quite lethal.

United manager Ole Gunnar Solkjaer has also been linked with a pursuit for Dortmund striker Haaland who is also interesting many European clubs.

United have academy player Mason Greenwood at their disposal who can play as right wing and also Daniel James who has improved his game.

Greenwood though could be tipped to slot into that right wing, to add competition to James and would be a chance to get more gametime under his belt.

Premier League champions Liverpool on the other side need to sign a backup for the wings as currently they are short of that position.

Once African duo of Sadio Mane and Mohamed Salah are not in the starting 11, there is a massive difference in the backup wingers who are not as dangerous as the two of the formidable three up front.

Liverpool have suffered a setback in the domestic title due to injuries especially at the back but on the attacking department they need reinforcement.

Diogo Jota is the only promising backup option on the wing but prefers to play on the left flank.

He can also play as a false nine to compete for the spot held by Roberto Firmino na has even been tipped to replace the Brazilian in the attacking options.