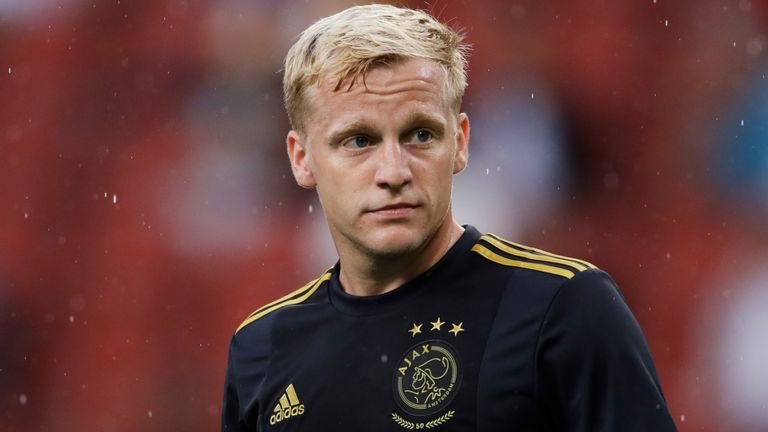 Reports claim that the Premier League outfits have agreed to a £40m deal with Ajax for the services of midfielder Donny van de Beek.

The 23-year-old Dutch international is set to complete a medical in the next few days.

United have been heavily linked with the versatile player who can play at the centre of the midfield or fall deeply when needed.

He was close to joining Real Madrid but the impact of coronavirus pandemic saw United leapfrog the Galacticos due to financial crisis at the club.

Van de Beek is expected to pen a five-year contract at Old Trafford with a one-year options contract extension with the Red Devils.

Following the departure of Frenkie de Jong and Matthijs De Ligt to Barcelona and Juventus respectively, van de Beek was a target for other European clubs in 2018/19 campaign but decided to remain with the club for two more seasons.

The arrival of van de Beek to the Theatre of Dreams would see the departure of Jesse Lingard amd Andreas Perreira.

Bruno Fernandes has described the move for the Dutch midfielder as sesational and would beef up the United squad.