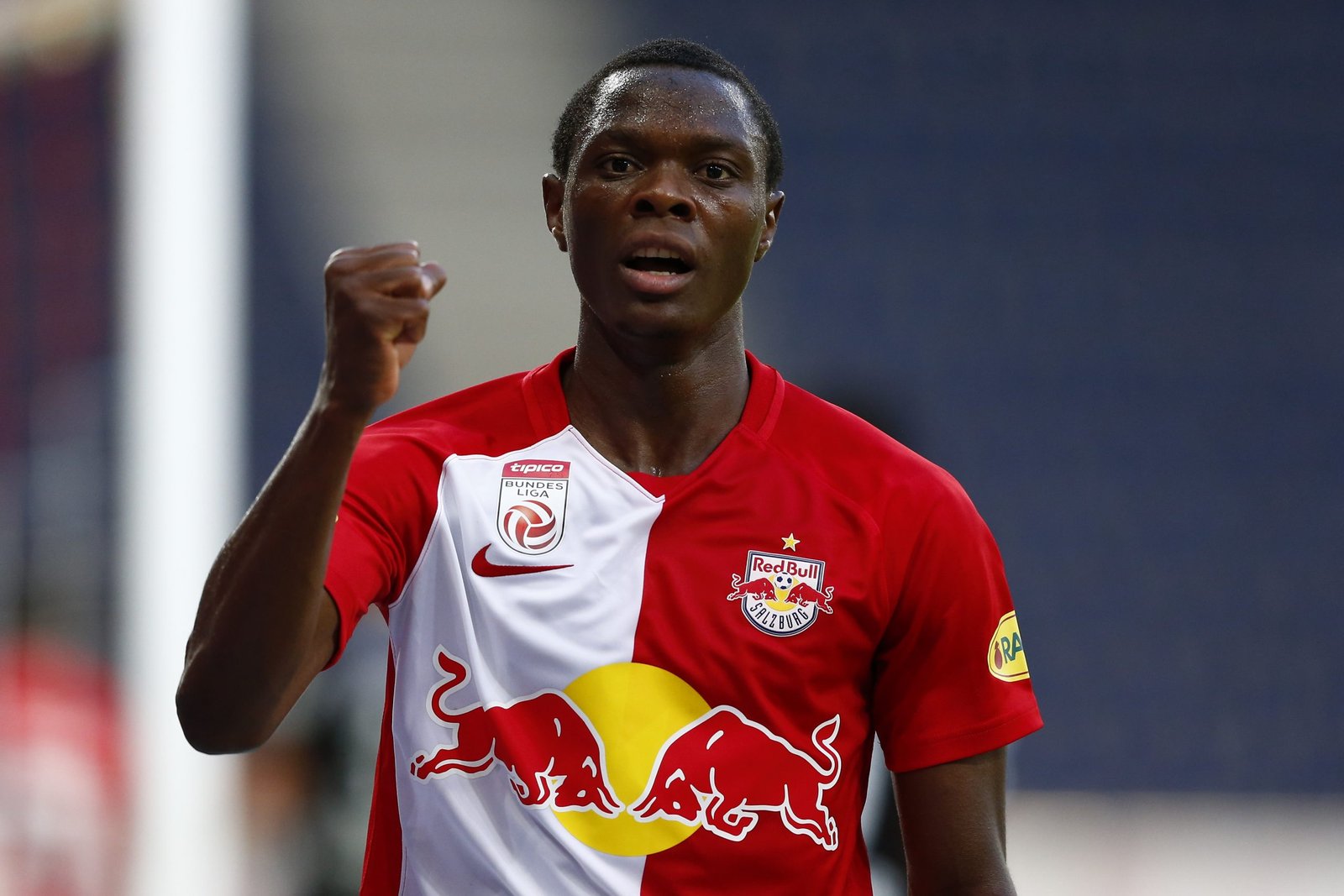 The Red Bull Salzburg player has been in fine form for the Austrian club, both scoring goals and assisting, capturing the attention of top European clubs.

City have lost Sergio Aguero and Gabriel Jesus to injuries and are in need of a top striker come next year.

According to 90min, the 22-year-old is on Pep Guardiola’s radar as he looks to bolster his attacking options in 2021.

32-year-old Aguero could be on his way out come the end of the season, leaving Guardiola with only Jesus as the primary striker upfront.

However, with the congestion of fixtures in various competitions, the former Barcelona coach would want to beef up his striking department.

Last season, Daka recorded 24 goals in 31 appearances which set his on the radar of a number of clubs who are now chasing his signature.

The 2017 Young African Footballer of the Year lived in the shadows of Norwegian goal-scoring machine Erling Braut Haaland until his exit to Borussia Dortmund.

He stepped up to fill in the shoes of Haaland and has continued to impress and his performances helped his team win their seventh Austrian title.

Already six weeks into the 2020/21 season, Daka has netted 12 times in 11 occasions across all competitions.

The bright star is valued at around £20m, quite a sumptuous deal for the potential buyers.

Another great talent they have at their disposal is French centre-back Dayot Upamecano who is also on the Reds’ radar among other European clubs.