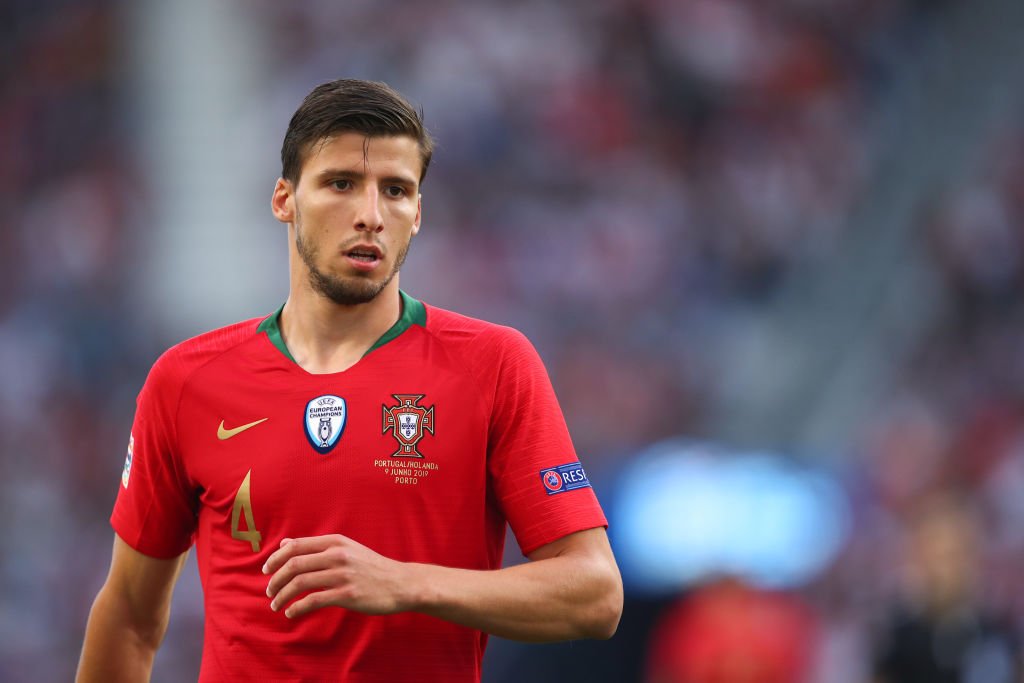 Manchester City have completed the signing of Ruben Dias from SL Benfica.

During his first interview for his new club, the centre-half said, ” For many years I’ve been watching the Premier League.

That’s what I wanted and I’m glad to be here.”

City have had lacklustre defending performances over the last two seasons despite the club spending millions to recoup new talents.

They boast of John Stones, Aymeric Laporte, Barcelona-bound Eric Garcia and Ake, one of their first summer signings this season at the centre-half position.

He was included in the negotiations to sweeten Dias’ deal to the English club.

Dias has been tipped to be the perfect partner for Laporte, one of their top-class defenders.

The Citizens were forced to look elsewhere after failing to come to terms with Napoli for their star defender Kalidou Koulibaly.

The Senegal international has attracted interests from European clubs but his high market valuation has put off potential buyers.

Premier League champions Liverpool were among the clubs tipped to land the African star but withdrew their negotiations following his price.

City suffered their first 2020/21 Premier League campaign to Leicester City over the weekend, soaking five goals from the Foxes.

The style of play at City is one of the reasons why Dias signed for the Blues and seek to help the team win games.