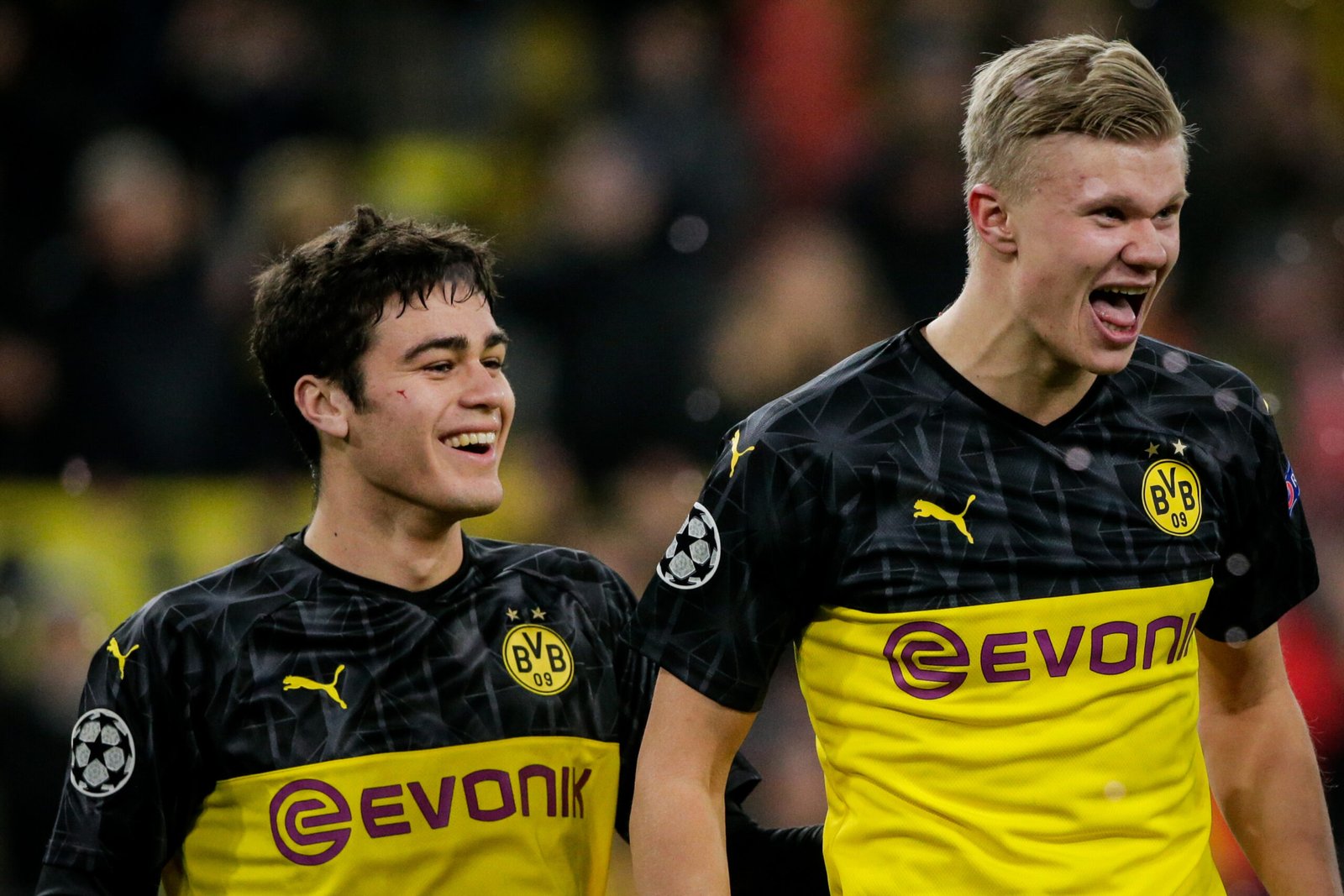 Haaland is already on the list of top European clubs as he continues to shine in modern football, and his transfer rumours will not cease until ultimately he leaves Dortmund, if he will.

City have already identified the Norwegian international as the long-term replacement of Sergio Aguero who is poised to leave Etihad at the end of the season.

The Sky Blues have not handed the Argentine international a new contract at the club as they look to bring in a new striker.

Aguero has played second fiddle to Gabriel Jesus in the attacking line, with manager Pep Guardiola looking to offload hin in the next transfer window.

Any club looking to sign Haaland will reportedly pay Dortmund an excess of £100 million, and clubs like Real Madrid and City seem to be the only ones with that kind of money.

American international Reyna is also causing waves and a similar price tag to Haaland, or less would be enough to secure his signature from Bundesliga.

The 18-year-old however is expected to remain at Signal Iduna Park for another season with 20-year-old Haaland leaving for Premier League in the summer.

Chelsea are also reportedly looking to hijack the transfer of Haaland with the club making massive moves to seal the deal for the forward.

Haaland’s father, Alf-Inge Rasdal Håland and Reyna’s father Claudio Reyna both featured for the Blues in their club careers and could be the reason their sons are linked with a move to their former club.

Both are legends for the other half of Manchester and should their sons follow in their footsteps, City will have great talents at their disposal.

A double swoop may be out of reach for the Premier League leaders at the moment, but an eye for Haaland is definitely on the table to add more firepower in the attacking department.