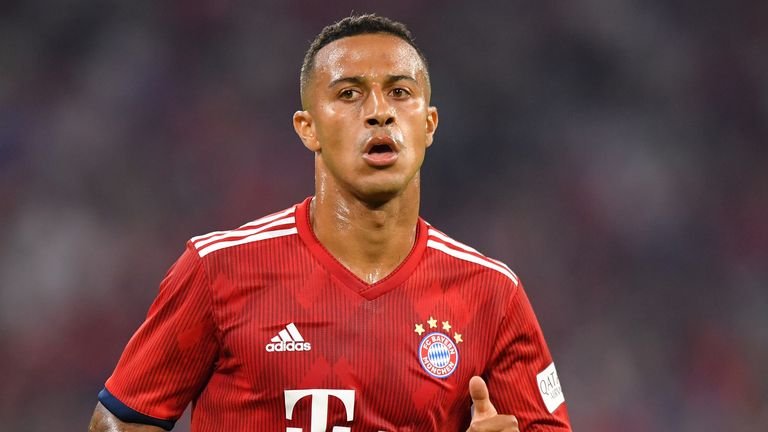 Liverpool could fail to secure another summer target to Premier League rivals in the name of Bayern Munich’s midfielder Thiago Alcantara.

Reports suggest that Manchester City have joined the race to sign the 29-year-old midfield maestro who is on the final year of his contract.

The Spanish international has been heavily linked with a move away from the Allianz Arena with Merseyside deemed the possible destination.

Pep Guardiola who has worked with Alcantara in both Spain and Germany sees him as a possible replacement to the departing David Silva.

Now, Manchester City are said to be in the pole position to land Alcantara despite the Spanish expressing his desire to move to Liverpool and work under Jurgen Klopp.

Liverpool failed to land a bright talent in Timo Werner from RB Leipzig who ended up in Chelsea despite his move to Anfield looking so imminent.

According to reports, Alcantara has agreed on personal terms with Liverpool but the Premier League champions are sticking to their 25 million euros who is valued at 30 million euros by the Bundesliga giants.

Should Liverpool fail to make a better offer, they could lose the race for another signing as it was before.

Manager Jurgen Klopp could be looking at offloading some players in order to fund the deal before another club snatch their summer transfer target with Naby Keita and potentially Georginio Wijnaldum on the list.

Barcelona are interested in the former who has struggled to live up to the expectations at the Reds.