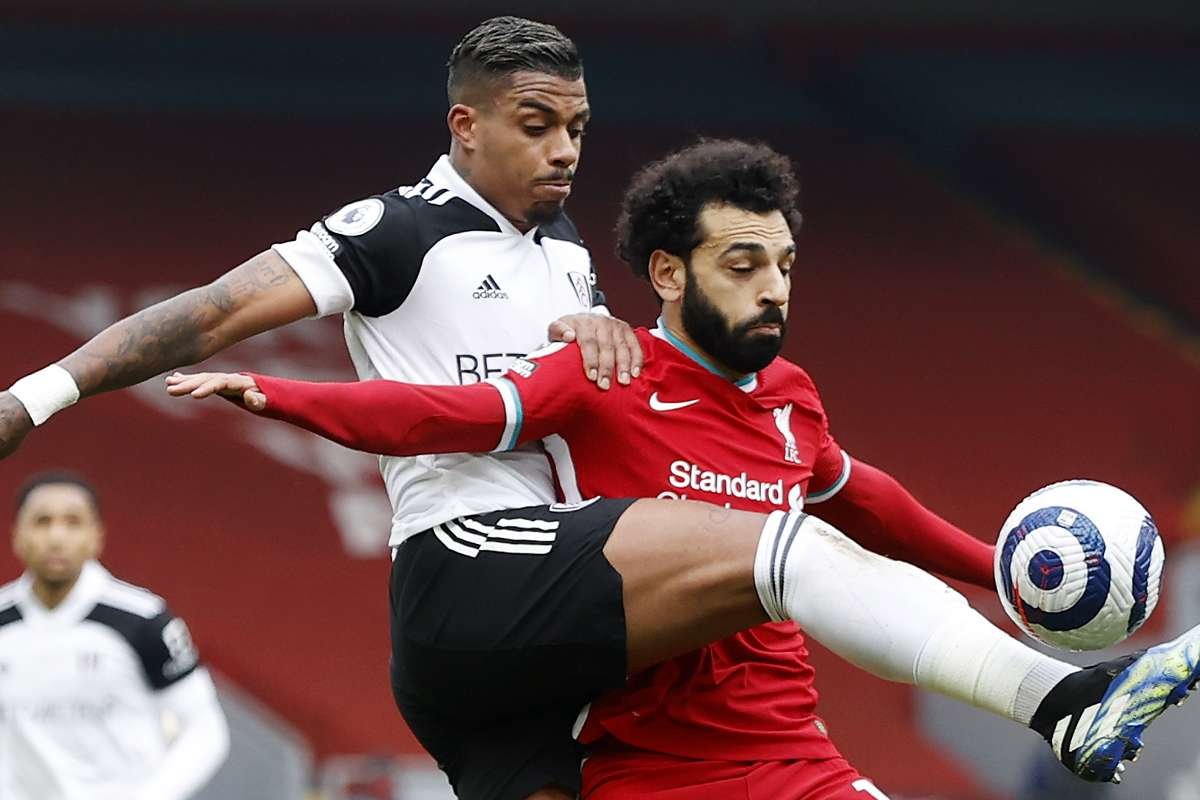 Former Liverpool’s defender Jamie Carragher has thrown jabs to Jurgen Klopp’s team mentality accusing them of  becoming “mentality midgets” this is after Liverpool suffered yet another defeat at Anfield bringing sixth the number of home defeat this time to a relegation threatened Fulham.

It was a bad day to Klopp whose club was punished on a dismal. Mario Lemina’s scored after a slight mistake from Mohamed Salah which assured Fulham priceless win and gave Liverpool who are struggling with fom to desperate fight to secure Champions League football next season.

It prompted a withering assessment from former Manchester United captain Roy Keane, who suggested it was now “crisis time at Liverpool”, and from the club’s former players, with Graeme Souness labelling their decline “unfathomable” and Carragher questioning their attitude.

“That man (Jurgen Klopp) rightly called his side the ‘mentality monsters’ and they deserved that tag last season,” he said on Sky Sports. “Right now, they are like ‘mentality midgets’. His side haven’t dealt well with adversity at all at any stage.”

Fulham’s Harrison Reed casted doubts on Liverpool’s attitude who suggested that their opponents had much desirable attitude than them.

“I think we did want it more, that was evident on the pitch, from the first whistle, and that was a big factor in getting the three points today,” said Reed.

Jurgen Klopp responding by saying: “When you win in a situation like Fulham you say these kinds of things. The winner is always right, but I don’t see that problem.

“The boys wanted to win this game today. I saw that. We still made mistakes. That’s the problem. That’s not because you don’t ‘want it’ – the boys don’t want to make mistakes. We just made them. We have really tight results in the moment, pretty much always against us, and we have to make sure we win football games again.

“If it’s a 1-0, it’s fine, fight for it with all you have and then you can gain confidence and momentum maybe again. At this moment we don’t have that.”

Liverpool has dropped most points this season with claims emerging that his top strikers might leave the club failure to secure a position for the UEFA Champions League, claims that Klopp has declined.

Klopp has generally sought to avoid referencing Liverpool’s injury issues as an excuse for their position unless specifically asked but given the questioning of the mentality of those suffering the latest setback he pointed towards those missing stars.

“We obviously have a lot of players who stand for mentality not on the pitch in the moment, who can be like a leader in these moments and stuff like that,” said Klopp.

“Believe me, these boys want (it) but it doesn’t work at this moment and there are some reasons for it. We don’t score goals and we concede at least one, which at the moment looks like it is enough against us. You can discuss whatever you want, obviously, I cannot just answer and say, ‘Yeah, we don’t have the mentality’. We have mentality, it’s just not the mentality we are used to probably, but the boys want to win games.”

Either Klopp excused himself when asked about his major changes to the starting XI saying that it was a decision reached after assessing his preferred starting XI schedule.

“You have to think and to concentrate and focus on the next game and to go again,” said Klopp. “The next game is in a different competition where we didn’t do too bad so far. If we can go through, which is not guaranteed, then that could give confidence.”