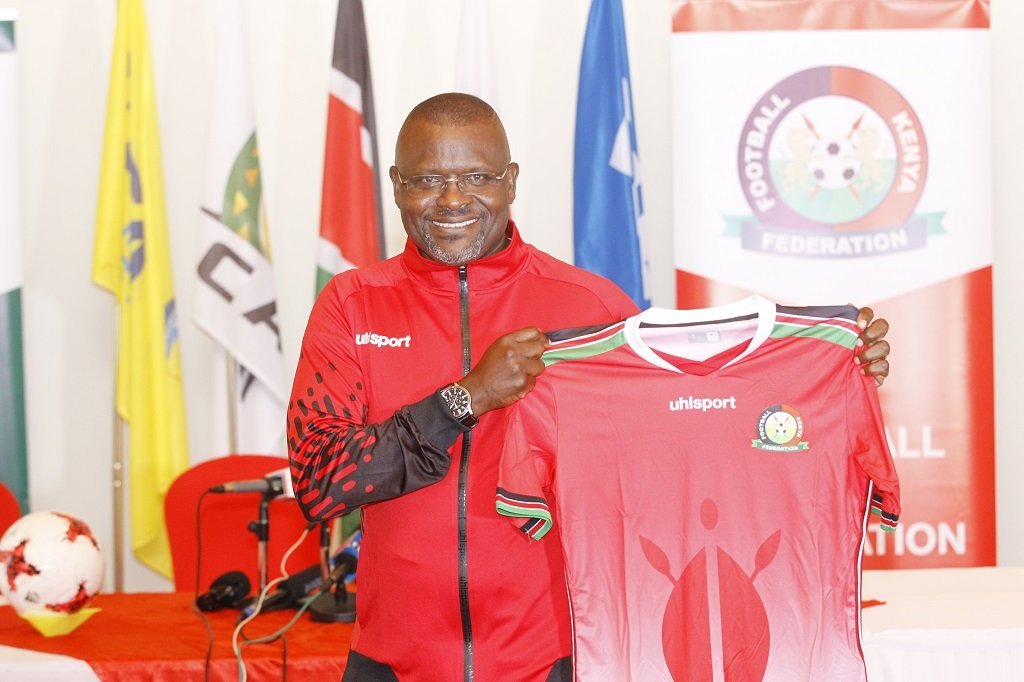 The Football Kenya Federation (FKF) on Wednesday confirmed the appointment of Jacob Mulee as the national men’s team coach.

Mulee has been appointed on a three-year deal, replacing Francis Kimanzi who ‘parted ways’ with the team on Tuesday.

The tactician was officially unveiled on Wednesday with the task of leading Kenya back to the Africa Cup of Nations (Afcon) Cameroon 2021 as well as giving a strong showing at the World Cup Qatar 2022 qualifiers set to start in June next year.

“He is Kenyan and knows Kenyan football. He has been there, done that. He has been to the Africa Cup of Nations before and now he has another chance to be there and use that knowledge to try and do better,” FKF president Nick Mwendwa said.

Mulee (52) had four previous spells as Harambee Stars – as the Kenya men’s team are known – coach, with the highlight of his career being leading Kenya to the 2004 Africa Cup of Nations in Tunisia.

“We had a very lengthy discussion as to what the ambition of FKF is. After seeing that the working conditions are favourable, I said I would give it a shot. It is a difficult task especially ahead of two tough games against Comoros (in Afcon 2021 qualifiers), but I believe with the team I saw against Zambia and the first two qualifiers, we can go back to AFCON,” Mulee said.

His first task will be to assemble a team for the qualifiers in less than two weeks.

Kenya will face Comoros on November 11 in Nairobi before travelling for the return tie four days later in Moroni.

Mulee also believes he can do well in the World Cup qualifiers, with Kenya set to battle Mali as well as neighbours Rwanda and Uganda for a chance to move to the second and final phase of qualification.