EURO 2020: Benzema And Mbappe To Light Up France Attack 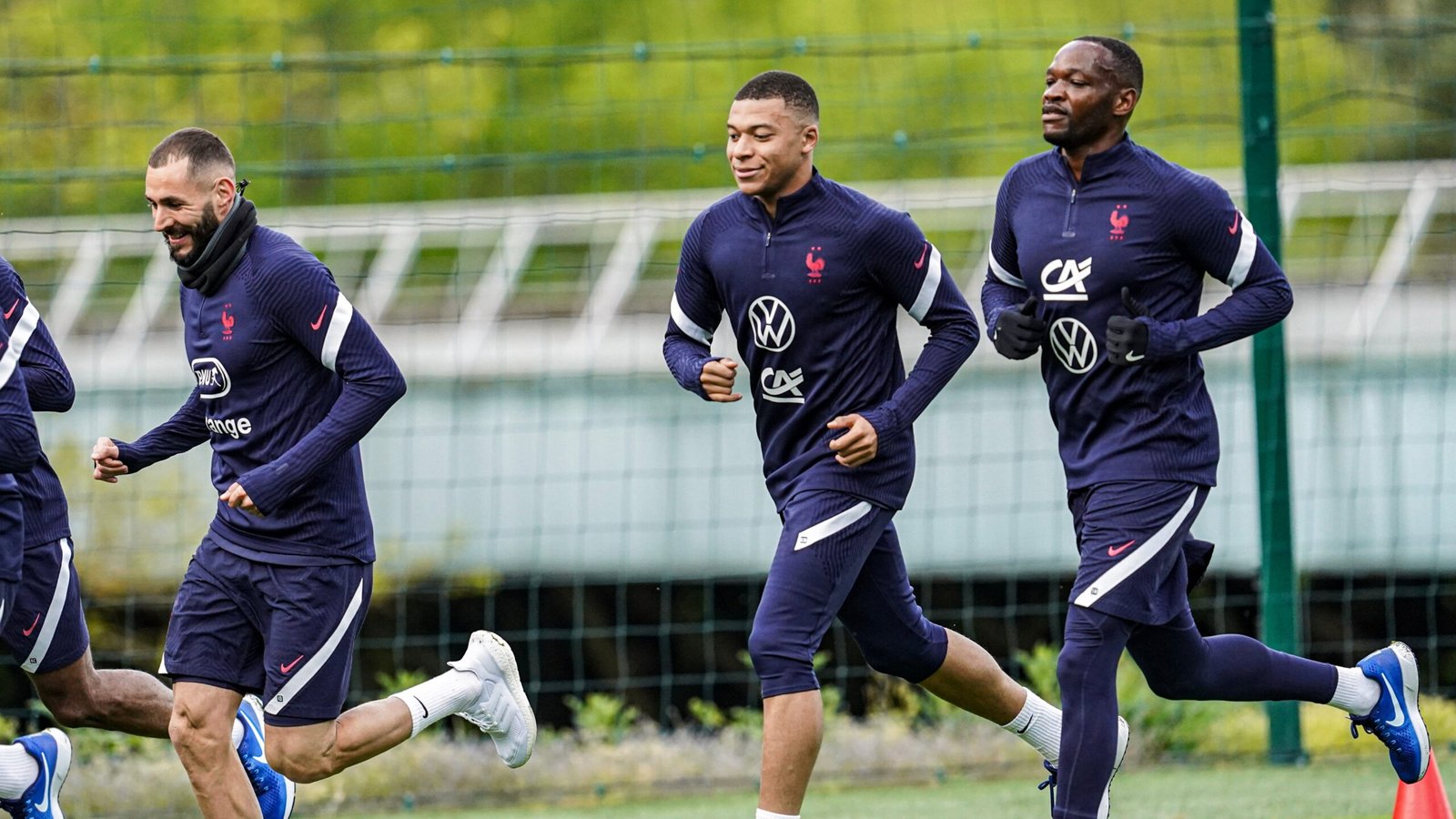 The Euro 2020 France Squad will be arguably one among the best attackers in the tournament featuring Paris Saint Germain young star Kylian Mbappe and Real Madrids Star man Karim Benzema. Benzema was brought back to squad after ending a long feud with  France coach Didier Deschamps and they are looking forward to start the European Championship with strongest attack ever.

Even the generally pragmatic Deschamps struggled to contain his enthusiasm when asked recently about a forward line featuring Benzema alongside Kylian Mbappe and Antoine Griezmann.

“I’m lucky to be able to count on players of a very, very high level,” he said. “I can’t complain.”

Deschamps may well need all three of them considering how hard Group F is. 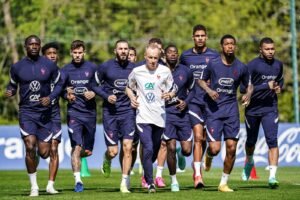 France effectively has two away games, facing Germany in Munich on June 15 and Hungary in Budapest four days later. The World Cup champions then stay in the Hungarian capital to take on defending champion Portugal, which could pit Benzema against former Real Madrid teammate Cristiano Ronaldo.

That was a tremendous club partnership, but now Benzema has Mbappe alongside him for the national team. Speaking to Onze Magazine Karim Benzema said that he was happy to return back to his national team and that he was looking forward to a successful collaboration between him and Mbappe

“It can be effortless (between us), “I like his movement and the way he plays soccer. It’s down to us to find each other on the field, but I have no doubt about that.”

The 22-year-old Mbappe excelled at the World Cup in Russia and helped France win the tournament. Pairing him with the multi-skilled Benzema looks like a sure bet, yet it remains to be seen if Benzema’s return goes smoothly after so long away.

Deschamps worked so hard to rebuild the national team’s reputation following the embarrassment of the 2010 World Cup campaign, when the team went on strike, that some have questioned whether Benzema’s return might unsettle the squad.

“Karim’s not stupid, in fact he’s intelligent,” Deschamps said. “He knows he’s coming back into a team that has won trophies.”

Benzema last played for France in October 2015, scoring twice, then fell out with Deschamps amid a sex tapescandal involving a former teammate. Les Bleus did just fine without him, reaching the Euro 2016 final and winning the World Cup. 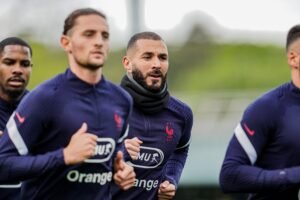 Benzema’s outstanding form with Madrid, coupled with a knee injury to versatile forward Anthony Martial and a chronic lack of play for veteran striker Olivier Giroud, paved the way for his return.

“It’s about more than happiness, it’s about pride. I’ve been waiting for this for a long time,” Benzema said. “I’ve always worked hard, never given up.”

Benzema and Mbappe have enjoyed the best season of their careers, with the mobile Benzema scoring 30 goals and linking play superbly with his touch.

After a tough start to the season, Griezmann’s form picked up for Barcelona as he clicked with Lionel Messi and won the Spanish Cup.

Great attacks on paper don’t always work in reality, however, as France knows.

France was eliminated from the 2002 World Cup in the group stage despite having Thierry Henry, David Trezeguet and Djibril Cisse who were all leading scorers in their national leagues before the tournament started.

Having recalled Benzema, it seems likely he will start. 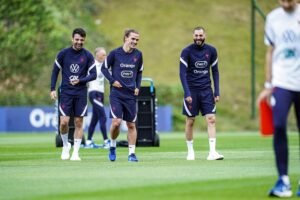 Ironically, that would cost Giroud’s a starting place after he took Benzema’s spot following the tape scandal. It would be a significant decision for Deschamps, who has stuck by Giroud over the years.

Giroud is second on France’s scoring list with 44 goals, but the 34-year-old striker may never catch Henry’s 51.

Giroud has rarely played for Chelsea since Thomas Tuchel took charge. Of the 13 games Giroud played from February until mid-May, two were for France.

Leading up to the FA Cup final on May 15, Giroud had a run of six straight Chelsea games as a substitute, including only eight minutes in the final and two matches as an 89th-minute sub.

Hugo Lloris remains reliable in goal, even though the veteran had an average season with Tottenham.Mike Maignan had a suceesful run for French champion Lille, and is pushing Steve Mandanda to be No. 2.

The 25-year-old Maignan was the French league’s best goalkeeper this season along with Paris Saint-Germain’s Keylor Navas, keeping a league-high 21 clean sheets. 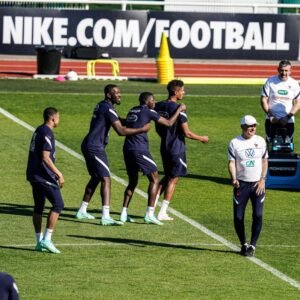 In defense, center half Raphael Varane is long established and will likely start alongside Presnel Kimpembe, who must improve his composure after two red cards for PSG this season.

Holding midfielders N’Golo Kante and Paul Pogba have found their best form at club level for Chelsea and Manchester United, respectively, which is a huge boost for Deschamps and makes them automatic picks.

Kante who also showed amazing skills during the Uefa Champions League through to the finals win against Manchester City is back to his best at winning the ball, which helps Pogba with his passing.

In front of them, there will be plenty to work with.