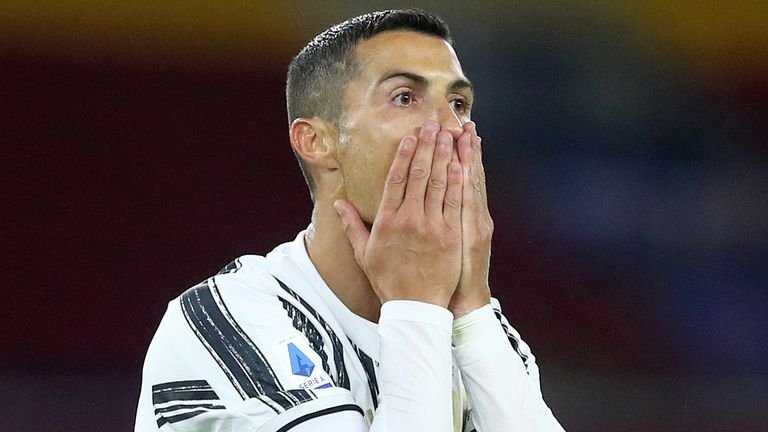 The five-time Ballon d’Or winner first tested positive for Covid-19 two weeks ago while on international duty with Portugal, and has been in self-isolation since returning to Italy.

According to TV1,  Ronaldo has tested positive 18 times.

However, at this point, it seems the Bianconeri will be without their star man as they host Lionel Messi’s Barcelona.

The highly anticipated match would still be entertaining as both teams clash for the 14th official time in the European competition.

The Ronaldo-Messi rivalry is unlikely to happen tonight but a mouthwatering matchup could take place in the reverse fixture at Camp Nou.

Whether it be in La Liga, the Copa del Rey or the Spanish Super Cup, Ronaldo has scored 12 goals against Barcelona.

On the other hand, his counterpart, Messi, has netted 12 times against Italian teams eight against AC Milan and two apiece against Roma and Juventus.

Spanish giants Barcelona got off to a perfect start in their first Group G game as they cruised past against Ferencvaros in a  5 – victory.

However, Dutch manager Ronald Koeman is under pressure after conceding to a 3 1 in his first El Classico match as Barca coach over the weekend.