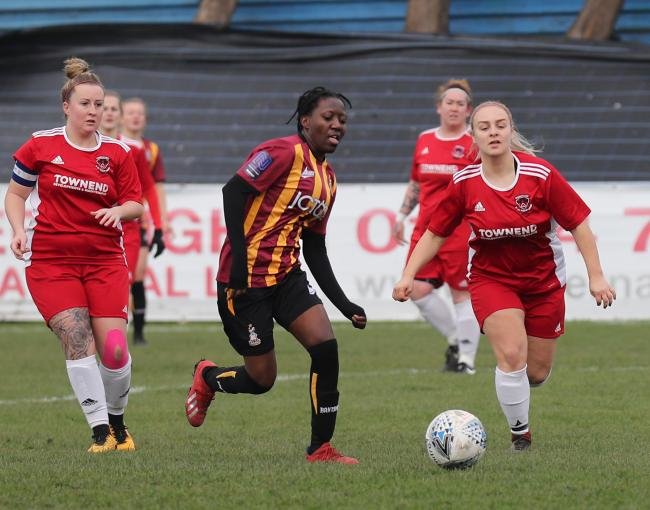 Dreaming of becoming a professional women’s footballer in Burundi is extremely rare, and national team striker Falone Sumaili is making it her mission to change that.

As a child growing up in the East African nation, she did not believe a career in women’s football was possible.

A mix of resilience and fate saw her give football a chance, progressing to play in the English third tier with Bradford City. With the experience she is picking up in the United Kingdom, Sumaili hopes she will be a strong influence to help uplift the women’s game in Burundi.

The 19-year-old told cafonline.com: “I think in Burundi we have so much talent but we have so much to fix. There is so much work to be done. First, we need to ensure that there is merit in picking players for the team. Also, we have to work as a unit and with one purpose and direction.

“Players need to have each other’s back and fight for the team. If we don’t do that then I don’t believe there is enough progress we can make. That is the problem now. We need to embrace each other and be happy for each other’s success.

“The Federation also needs to invest more in the leagues and national teams. But again, the two have to show result and not give the Federation a reason not to invest. The players should play with focus and a target. Not just playing for fashion or to make money. If women in Burundi can unite, then we can do something great that will make people believe in us.”

Sumaili has also asked the Federation to invest more in the youth teams as it is these setups that can help the team progress and qualify for the Awcon [Women’s Africa Cup of Nations].

While she waits for her next Burundi phone call, Sumaili has her eyes set on flying the East African nation’s flag high, as the leagues resume post-COVID-19.

“It has really been a tough period for everyone because I had big targets for the season that just ended both with the club and national team. But we must accept the situation and bounce back.”