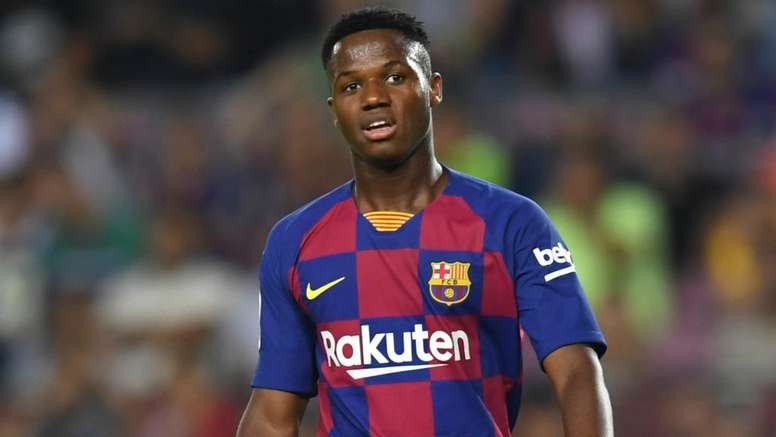 Despite expressing his desire to leave Camp Nou, Bartomeu added Lionel Messi to the list describing him as “untouchable and non-transferable.”

For a couple of seasons now, the Argentine has been unhappy at the club he joined at a tender age of 13 and made his competitive debut aged 17 in October 2004.

He is considered the best player at the club and also by many as the greatest player ever. He has set both club and league records, as well as clinching a bevy of titles and individual awards.

In addition to the futuristic-list, Bartomeu included upcoming young talent Ansu Fati who has exploded in the Spanish limelight with great performances.

The 17-year-old has attracted a number of interests from top European clubs including Borussia Dortmund and Manchester United but the club has slapped a hefty price on the teenage sensation to scare off potential buyers.

Barcelona boasts of young and promising talent but they have failed to retain their former glory, being overshadowed with bitter rivals Real Madrid and even Atletico Madrid.

The club’s transfer business has been questioned with the latest action including a swap deal between Arthur Melo and Juventus midfielder Miralem Pjanic raising eyebrows.

With a new manager at the helm, Ronald Koeman – a former Blaugrana player – many are anticipating a number of tactical changes with the ageing squad.