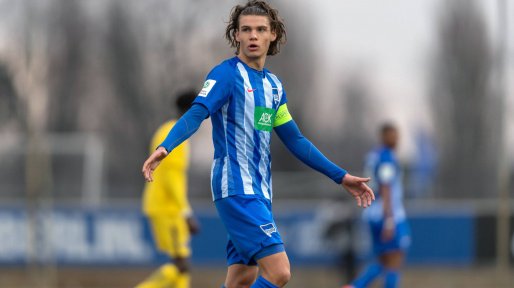 Arsenal Football Club are on the brink of signing Omar Rekik their first January transfer target.

The Hertha Berlin teenager will cost the Gunners around £900,000 and has arrived in London to finalize his switch.

The 18-year-old will join Arsenal’s Under-23 squad prior to making his professional debut with the Premier League club.

The defender will link with William Saliba, a promising player who is yet to receive a senior call-up with the North London club.

The Gunners are also looking at luring Spain international Isco to the Emirates Stadium as an alternative to Olympique Lyon’s Houssem Aouar.

Real Madrid are hot on wheels to sign the French midfielder next transfer window and Isco could be on his way out to make room for the signing.

The Spaniard has not featured in many games under coach Zinedine Zidane who has an array of options to choose from at his disposal.

He has only started just three of their 13 LaLiga games this term.

Coach Mikel Arteta could benefit from the creativity of Isco in the midfield with Germany international Mesut Ozil frozen out of the club.

After failing to land Aouar due to his market valuation, Arsenal may be forced to look for a plan B to beef up their current squad.

Salzburg player Dominik Szoboszlai was another Arsenal target but Bundesliga club RB Leipzig won the signature of the attacking midfielder.