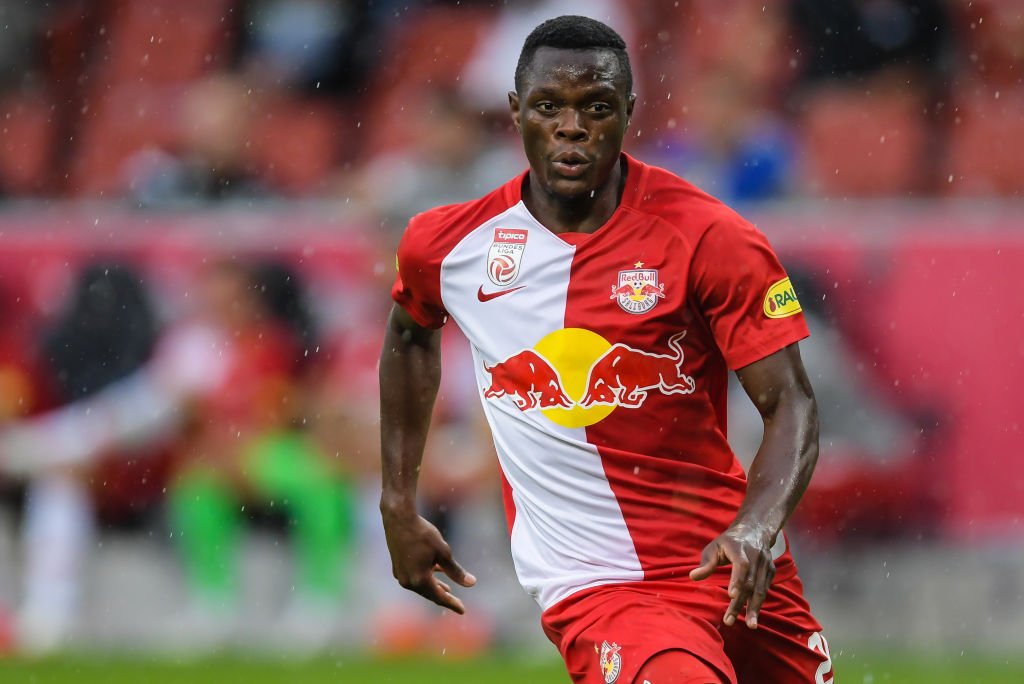 The 21-year-old bagged his brace in the 3-1 home win over Israeli side Maccabi Tel Aviv which secured a 5-2 aggregate success for the Austrian team, as they make the group stages for the second season running.

Daka has scored in five of his six games so far this campaign and has a total of nine goals in that time – four in the Austrian Cup, three in the Bundesliga and two in the Champions League.

He is following on from his excellent 2019/2020 campaign when he netted 27 goals in all competitions, a tally he will surely be hoping to top this season.

His rise to European success has not been an easy one – but football was always his passion he explains.

Daka told FIFA.com: “It hasn’t all been plain sailing and the main reason I’ve got where I am today is my family, who have always been there for me. But if I can inspire others, especially in Zambia, and help them believe in themselves and their dreams, regardless of their backgrounds and where they come from, then I’ll be as happy as can be.”

“I was born and brought up in Kafue, a small town in the province of Lusaka. My father was a footballer, so falling in love with the game came pretty naturally for me: I wanted to do what he did. I spent my time with him and a ball.”