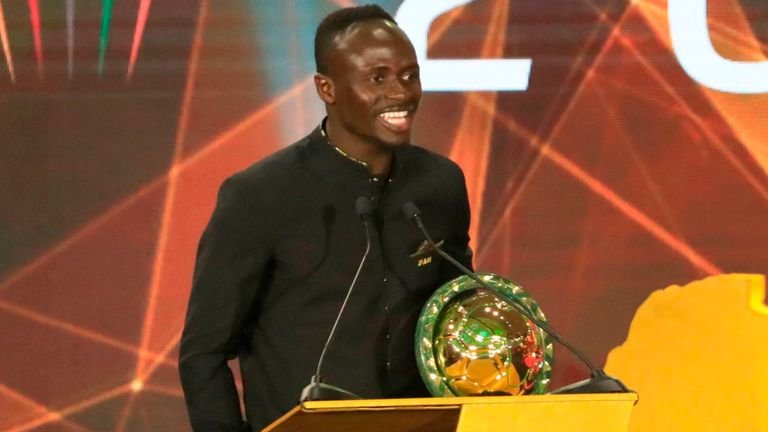 The UEFA Champions League winner won the coveted crown for the first time at the CAF Awards gala in Egypt.

The Senegal international edged his counterpart and two times winner Mohamed Salah, and Algerian Riyad Mahrez of Manchester City to win the title.

“I am really happy and at the same time I am really proud to win this award,” said Mane at the ceremony organised by the Confederation of African Football in the Egyptian Red Sea city of Hurghada.

According to CAF stats, the 27-year-old attacker netted 34 goals and assisting 12 in 61 appearances for Liverpool.

The FIFA Club World Cup winner has continued to replicate his form at Anfield this season, becoming a transfer target to top European clubs including Paris-Saint Germain and Real Madrid.

Neither Salah nor Mahrez attended the CAF’s awards gala with the latter involved in City’s FA Cup fixture against Manchester United at Old Trafford.