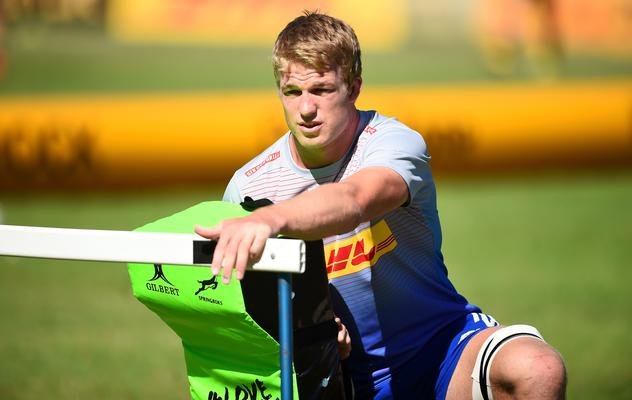 As a rugby player, Pieter-Steph du Toit is used to dealing with exciting highs and unfortunate lows, and the last two seasons have been prime examples of the ebb and flow of life for a top sportsman.

The 2019 season was an extraordinary year for the Springbok loose-forward. He helped the Boks to two titles – first the Rugby Championship before they went on to win the Rugby World Cup (RWC) in some style in Japan.

Shortly after he received his gold RWC medal in the International Stadium Yokohama with his compatriots, Du Toit was also crowned as the 2019 World Rugby Player of the Year at a glittering awards ceremony in Tokyo.

To cap a great personal season, he was again awarded the SA Rugby Player of the Year accolade – his second one in a row and his third award in four years, which showcased his unbelievable consistency in the colours of the Springboks and Stormers.

And, on a more personal note, Du Toit also became a father for the first time in 2019 when his wife gave birth to a healthy boy. Those were the unbelievable highs of a memorable year.

However, the 2020 season has so far not been so kind to the likeable, lanky loose forward.
Just before the COVID-19 pandemic forced South Africans into an unprecedented lockdown, Du Toit sustained a leg injury in the Stormers’ Super Rugby loss to the Blues at Newlands last month.

The Stormers’ team doctor Jason Suter described the injury as very rare and revealed that Du Toit could have lost his leg.

Du Toit underwent three operations to repair the damage and is currently busy with his rehabilitation on the family farm in Riebeek Kasteel, approximately 85km north-east of Cape Town, where he is in lockdown with his wife and baby, as well as his parents and three brothers.

“You have a bit more space here on the farm, but you are still under lockdown and have to abide by the regulations,” said Du Toit.

“Only the essential things are being seen to on the farm at his time, so my parents will have to wait and see what will happen when the extended lockdown period comes to end – just like other farmers and everyone else.”

In the meantime, Du Toit is making use of the time they are together to spend time with his parents, siblings and his young family.

“My wife is a physiotherapist so I am lucky in that sense that she can also help me with advice during my rehabilitation while we are in isolation,” said Du Toit.

Modern technology has made it possible for him to stay in touch with his Stormers coaches and his teammates.

“We dial in a couple of times in the week on the internet, when the coaches speak to the players,” he said.

“So, in that sense, it’s nice to keep in touch with everyone even though I am out here on the farm. Otherwise, I make the most of the family time, which includes throwing the oddball around with my brothers.”

One of his younger brothers, Johan, made his Super Rugby debut for the Stormers last year.

Du Toit doesn’t want to speculate on a possible return to action, with his injury situation and the lockdown in mind.

“At this stage, it’s still uncertain, so I am literally taking it day by day,” he said.

“I am grateful to have my young family, my parents and brothers with me during this time. I would like to urge everyone to adhere to the social distancing rules and to stay indoors and be safe.”