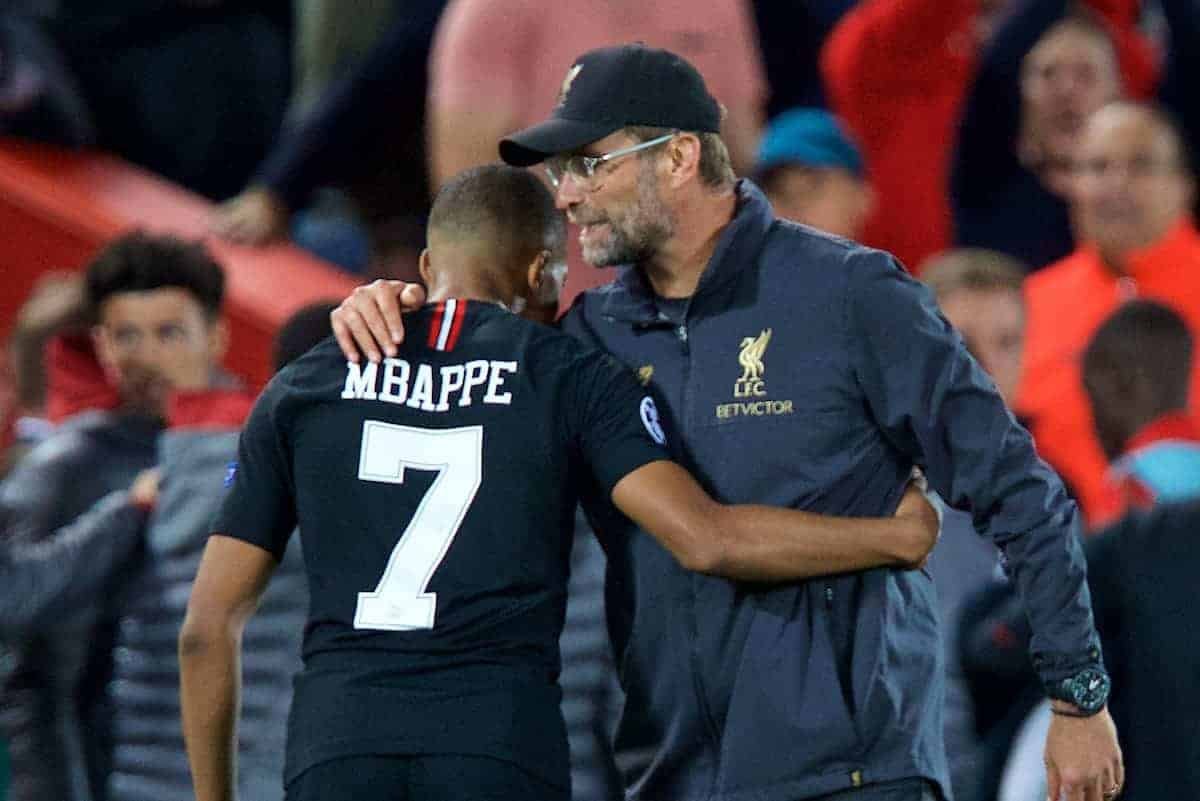 The German tactician is a huge admirer of the French striker who has enjoyed such a scintillating season in France.

However, the France World Cup winner may not be joining the Reds anytime soon, maybe not soon in the next couple of transfer windows.

Mbappe has already set his eyes on a move to Real Madrid and could be working under coach Zinedine Zidane.

Liverpool have a fantastic squad, great ambitions and one of the best managers in football so far and Mbappe would want to play for a team like that.

Mbappe has already proved that he is a masterclass player and Liverpool would have to break the banks to sign the striker.

PSG are looking to negotiate a new contract with the former AS Monaco player that would see his market value sky-rocket and put off potential buyers.

Premier League champions Liverpool have some cash to spare but are not the kind of team to spend big on one player.

They paid a club-record fee of £75 million for Dutch defender Virgil van Dijk and £66.9 million for Brazilian goalkeeper Alisson Becker which proved to be bargains.

Nevertheless, the Merseyside club would have to double or triple their transfer budget to secure Mbappe who would fancy a move to England.

On top of this, Liverpool would have to offload one of their front three to create space for 21-year-old for more game time.

A more ‘realistic’ move would be Klopp to Santiago Bernabeu but at the moment he is happy at Anfield and Zidane’s future does not seem uncertain in La Liga.

In fact, his presence would be a catalyst to Mbappe switching Parc de Princes for Bernabeu, to work under the French legend in Spain.