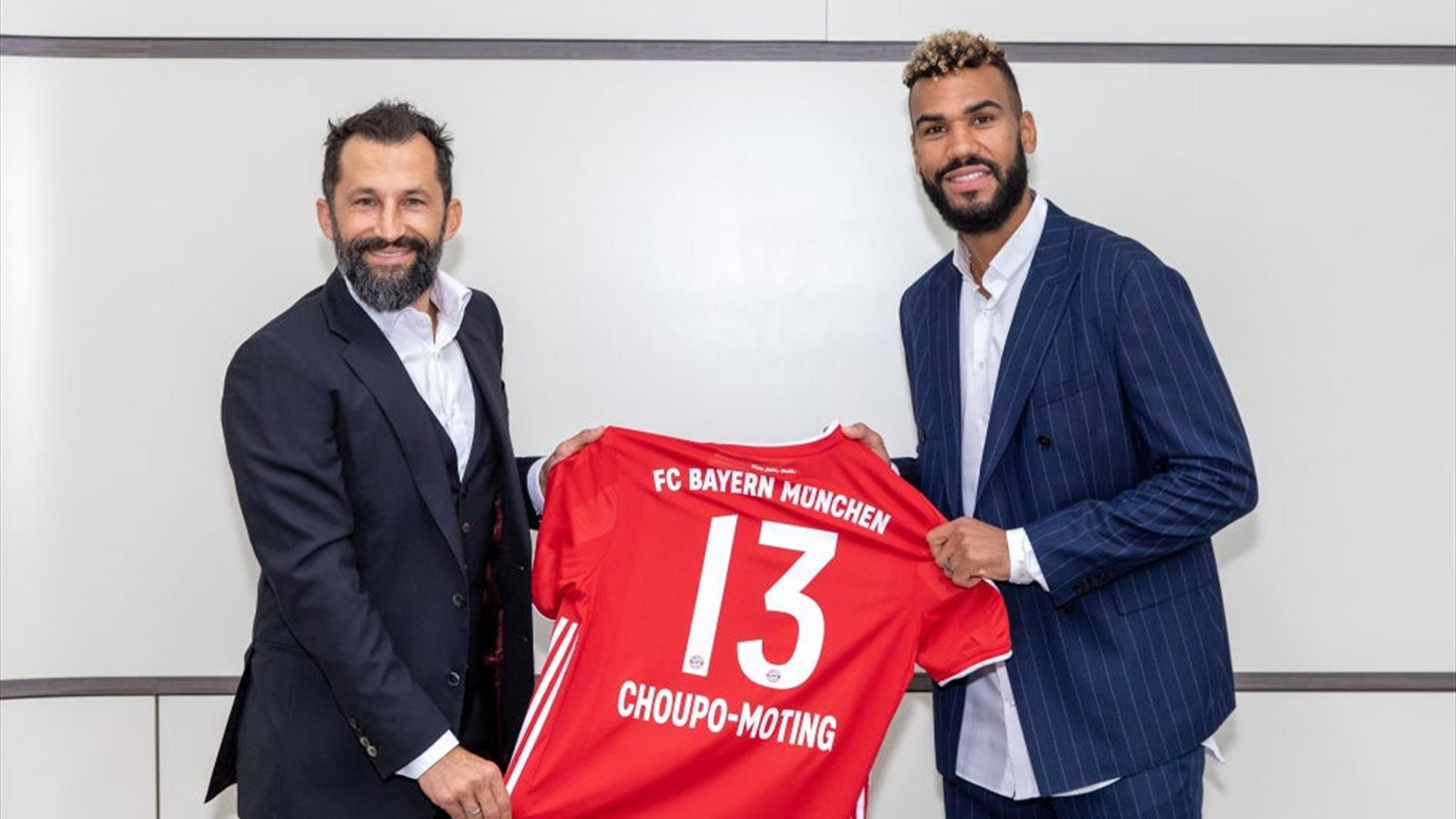 The forward joins three more signings made by the German club on deadline day with Brazilian winger Douglas Costa rejoining the team and French right-back Bouna Sarr signing for the German champions.

Following his arrival at the Allianz Arena, Choupo-Moting said:  “It’s a great feeling to come back to the Bundesliga – and the biggest club in Germany.

“It’s an honour to play for this club.

“At Bayern, the aim is always to win everything, and I am highly motivated to achieve these goals.”

The 31-year-old is acquiesced with German football having played for Hamburger SV, Nuremberg, FSV Mainz 05 and FC Schalke o4.

The former Stoke City player will play second fiddle to Bayern’s number one striker Robert Lewandowski, a role he played at Paris-Saint Germain.

Out of the 31 appearances he has featured for the Ligue 1 Champions, the Indomitable Lions forward made 13 starts with 18 appearances as a substitute and netted only six goals in total.

Bayern Munich suffered their first league defeat on Saturday to Hoffenheim, with Andrej Kramaric scoring twice in the 4 1 win against German champions.

Bayern immediately turned their attention to the 29-year-old but would be a massive task to sign the Croatian.

The Bavarian giants were also in talks with Premier League side Chelsea to sign their England winger Callum-Hudson Odoi but a deal failed to materialize.

Despite having a variety of attacking options Chelsea manager Frank Lampard would n0t mind to have the pacy winger at his disposal.