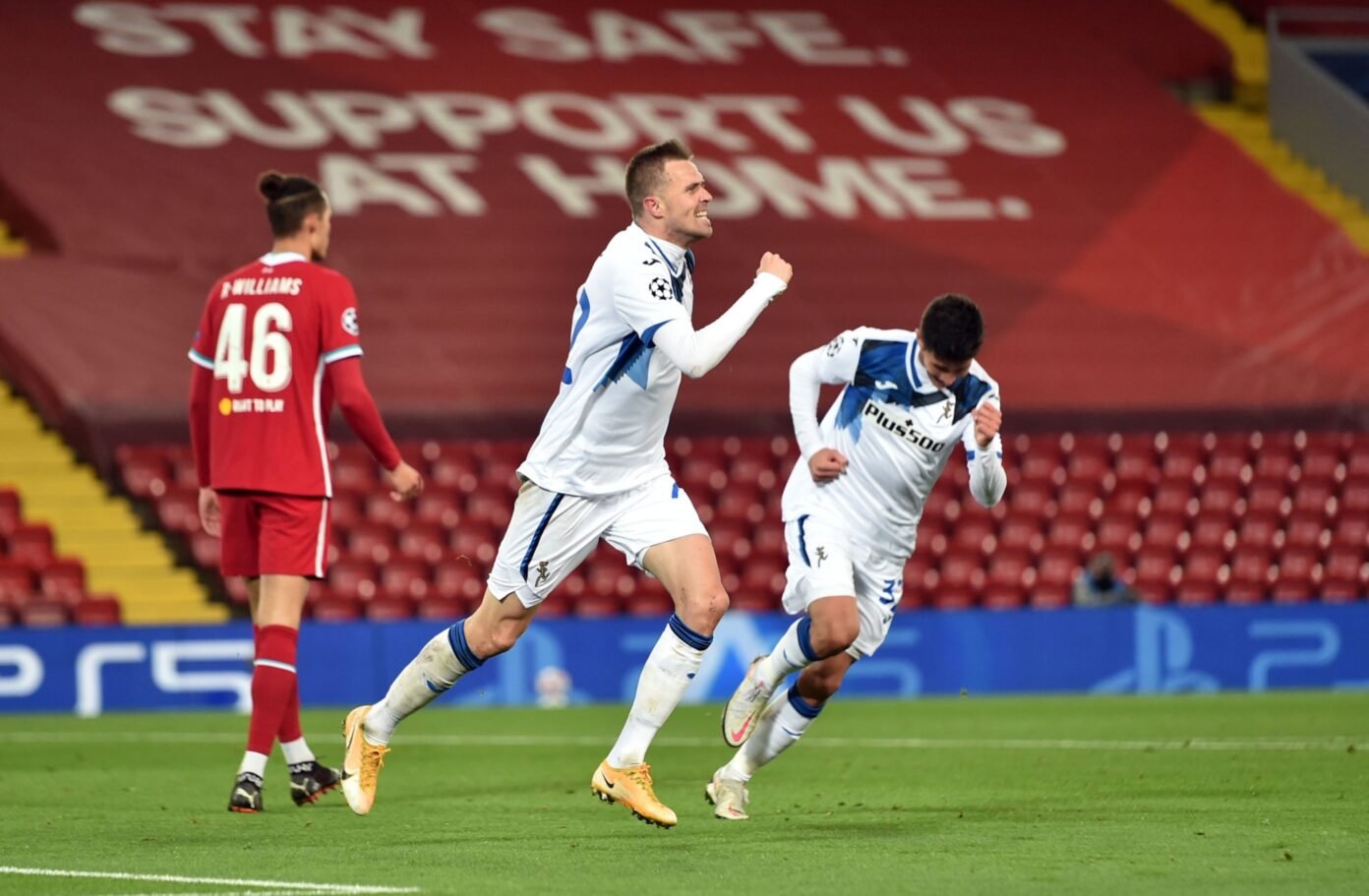 For the first time in 137 competitive matches at the home ground under Klopp, Liverpool lost by more than a goal.

The last time the Reds suffered such a heavy defeat at Anfield dates back to August 2015, when Brendan Rodgers saw his side lose 3-0 to West Ham in the Premier League.

On Wednesday night, the Premier League champions were lacklustre against their opponents and failed to register a shot on target.

Atalanta had suffered a 5 0 defeat to Liverpool in the reverse fixture and it would seem a walk in the park for the Reds.

German tactician Klopp made customary changes in the squad with the return of Egypt international Mohamed Salah at the right-wing.

At the back, the former Borussia Dortmund coach gave Rhys Williams and Neco Williams starts with Greek defender Kostas Manolas starting at the left full-back position.

Curtis Jones resumed duties in the midfield area alongside Georginio Wijnaldum and James Milner, the captain of the night.

Just off from a draining fixture against Leicester City in the Premier League, Liverpool were looking slothful at home.

“We know it was a poor performance and that we were pretty flat.

“A lot of players have not played together and the schedule is busy.

Sometimes you have to try and get a win without being your best but we didn’t have that sharpness.

“We are still top of the group so have to recover and go again at the weekend.

“The effort is always there.

“They took their chances at the right time.

“The whole game we were maybe a second late on the press and created very few chances.

“It was one of those nights where we didn’t produce our best.

“We need to move on from it pretty quickly because we have a lot of games coming up.

“It’s in our hands and we have to look where we can improve.”

Atalanta broke the deadlock in the 60th minute with Josep Illicic before Robin Gosens double the visitors’ lead in the 64th minute.