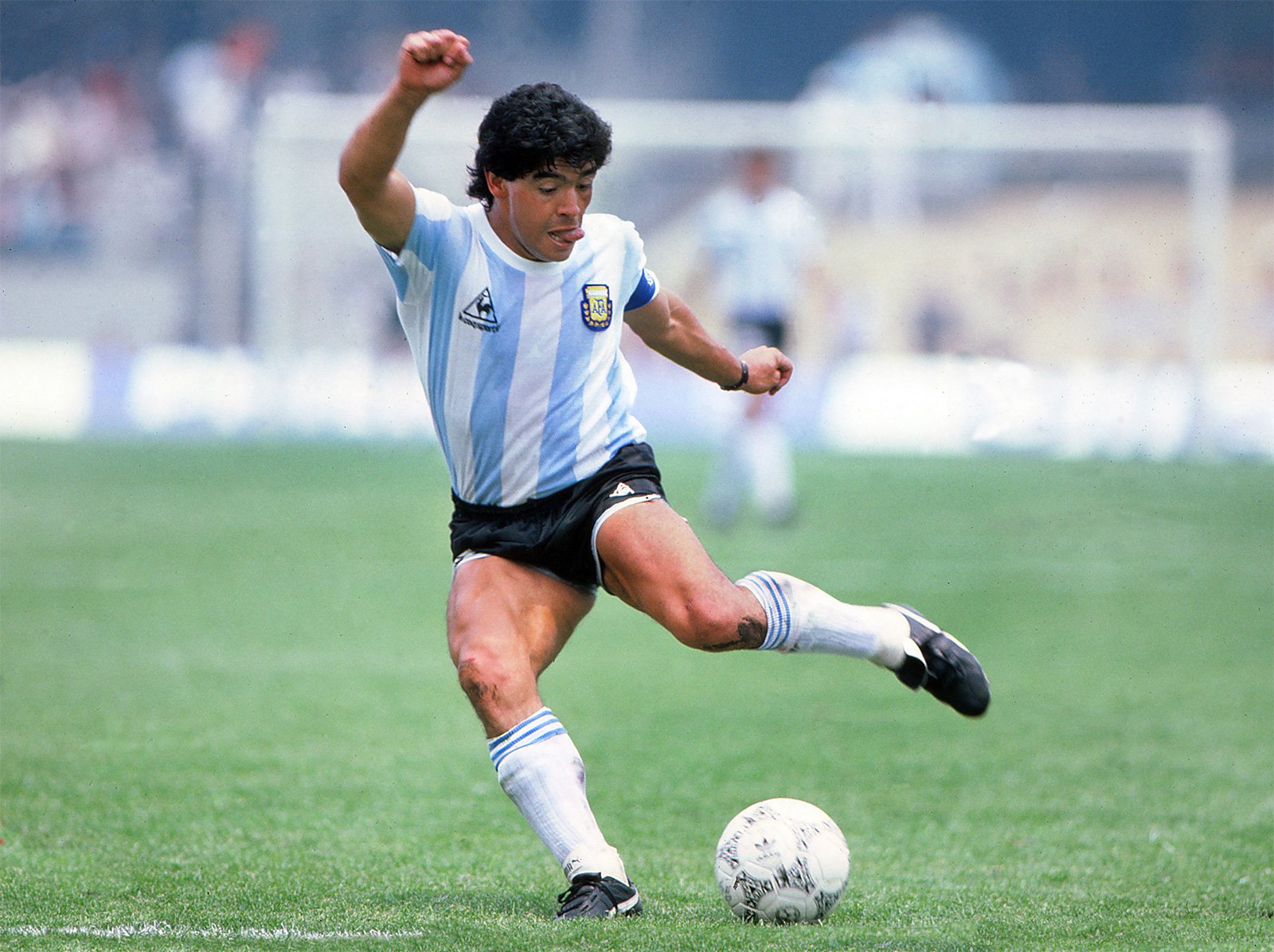 Argentina and the world is mourning the passing on of Diego Armando Maradona.

The Argentine star passed on at the age of 60 on Wednesday 25th November 2020.

Captaining Argentina, Maradona not only won the World Cup in 1986 with victory over Mexico but went on to win the Golden Ball in the tournament.

He scored a brace in a 2 1 win against England in the quarter-final, with his first being dubbed ‘the hand of God’ after he appeared to have scored with the hand and not the head.

His spokesman, Sebastien Sanchi broke the news that the legend had died from a cardiac arrest.

Two weeks earlier, Maradona had been discharged after undergoing successful brain surgery in a hospital in Buenos Aires.

The Argentine FA confirmed the news in a statement on Twitter which read: “The Argentine Football Association, through its President Claudio Tapia, expresses its deepest sorrow for the death of our legend, Diego Armando Maradona.

“You will always be in our hearts.”

Following the saddening news, Brazilian legend Pele tweeted:  “What sad news. I lost a great friend and the world lost a legend.

“There is still much to be said, but for now, may God give strength to family members.

“One day, I hope we can play ball together in the sky.”

Portugal captain Cristiano Ronaldo also tweeted his tribute with a picture next to him stating, “Today I say goodbye to a friend and the world says goodbye to an eternal genius.”

Former England international Gary Lineker took his tribute to Twitter writing, “By some distance the best player of my generation and arguably the greatest of all time.

“After a blessed but troubled life, hopefully, he’ll finally find some comfort in the hands of God. #RipDiego.”

“I’ll never forget watching Diego Maradona as an 8 yr old at the World Cup in Mexico. Never seen anything like it on that stage since. Sad news.”

“One of the best ever. An unparalleled magician. He leaves too soon but leaves a legacy without limits and a void that will never be filled. Rest in peace, ace. You will never be forgotten.”

Maradona enjoyed a splendid club career as well. He won nine club trophies, one with Boca Juniors in Argentina, three with Barcelona in Spain, and five with Napoli in Italy, including their first-ever Serie A title in 1986-87.

He ended his club career with 311 goals.