Zlatan Proclaims Himself a ‘God’ After Return To Sweden Squad 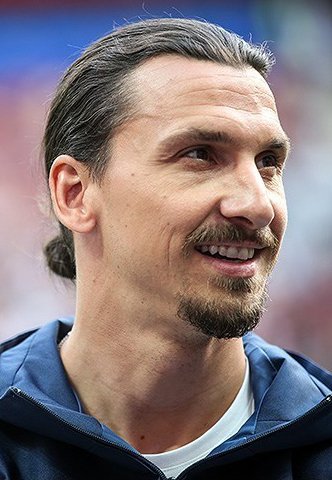 AC Milan and former Manchester United forward Zlatan Ibrahimovic will participate in this year’s 2022 World Cup qualifiers against Georgia and Kosovo,Zlatan has been shortlisted to represent his country hence reversing his decision to retire from international football.

Ibrahimovic announced his retirement from International duties after his Country Sweden was knocked out of the competition in 2016. Zlatan has not had a good relationship with the current Sweden Coach Janne Andersson and little could have been predicted of his return.

However, after months of speculation, Ibrahimovic has now been selected for the Sweden squad in March’s World Cup qualifiers.

Taking to his social media pages the veteran footballer proclaimed himself as a ‘God’.

“The Return of the God,” Zlatan wrote on his twitter and Instagram pages tagging his country football page.

Should the Milan star impress in Sweden’s World Cup qualifiers over the coming weeks, it now seems likely he’ll be a part of his national side’s squad for the delayed Euro 2020 tournament this summer.

In a press conference replying {via Goal} Sweden Coach hailed the Milan forward of his vast football experience terming him as the best player the country has ever had.

“First and foremost, he is a very good football player, the best we have had in Sweden.

“It is of course very funny that he wants to come back. In addition to what he can contribute on the pitch, he has incredible experience and can contribute it to other players in the team.”

Zlatan has had an impressive run scoring 62 goals in 116 outing between 2001-2016 becoming Sweden’s all time goal scorer.

The forward has been in fine form this season, scoring at a rate of a goal every game in his 14 Serie A outings.

The 39 year Old has had setbacks with injury that’s has reduced his match participation. He has missed missed Milan’s previous three league outings with a tear in his abductor muscle.

He also missed a trip to Old Trafford to face his former club in the last 16 tie of the Europa League due to injury that he picked against AS Roma at the end of February.