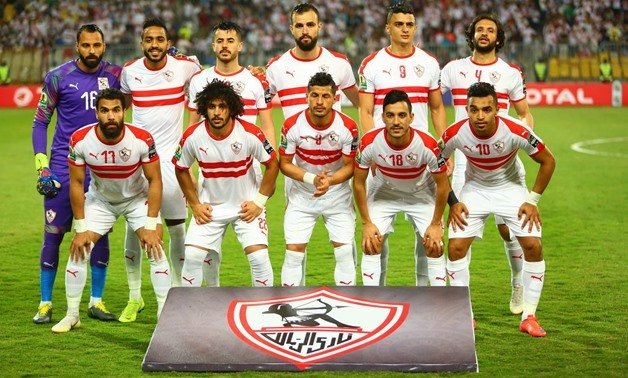 With five Champions League titles to their name, Egyptian football giants Zamalek may find it difficult to pinpoint their most memorable triumph – but their victory in 2002 is a strong contender.

Zamalek’s first Champions League title came in 1984 in the African Cup of Champion Clubs as the competition was known then. The White Knights – as Zamalek are known – emerged victorious also in 1986, 1993, 1996 and 2002.

Their 2002 glory started against Rwanda’s APR in the first round, with Zamalek sending an early threat to the continent as they won the first leg in Cairo 6-0. A barren stalemate in Kigali meant Zamalek reached the next round in style.

Their round of 16 opponents were Zambia’s Nkana. A 2-0 win in Cairo followed by a 1-1 draw in Kitwe meant Zamalek reached the group stages with 3-1 aggregate victory.

The White Knights were drawn in Group B besides Ivory Coast’s ASEC Mimosas, Tunisian giants Esperance and Mozambique’s Costa do Sol.

They started the mini-league campaign with a home 3-1 win over ASEC in Cairo, before holding Esperance to a 1-1 draw at Tunis.

Zamalek succumbed to a shocking 2-0 defeat against Costa do Sol in Maputo but managed a 3-0 victory in Cairo. An away 1-0 loss against ASEC in Abidjan meant The White Knights needed a win against Esperance in Cairo to reach the semi-finals, which they did thanks to 1-0 home win to finish the group as winners.

In the semis, Zamalek had to face DR Congo’s TP Mazembe. An away 1-1 draw in Lubumbashi saw Zamalek as favourites to reach the final; a tag they confirmed by winning the second leg in Cairo 2-0, courtesy of a brace from the legendary Hossam Hassan.

Their opponents in the final were Morocco’s giants Raja. After holding them to an away 0-0 result in Casablanca, Tamer Abdel Hamid scored on the brink of halftime what proved to be the game’s lone goal to hand Zamalek their fifth African Champions League glory.

The White Knights added three more African trophies since they last touched the Holy Grail of African club football. They won the African super Cup twice (in 2003 and most recently in 2020), beside the second-tier African Confederation Cup in 2018/2019.

With their 2019/2020 African Champions League semi-final rivals being Raja once more, the ones who were their final opponents when they last won the title, Zamalek are hoping this could be a good omen to conquer the continent once again, 18 years since their last conquest.