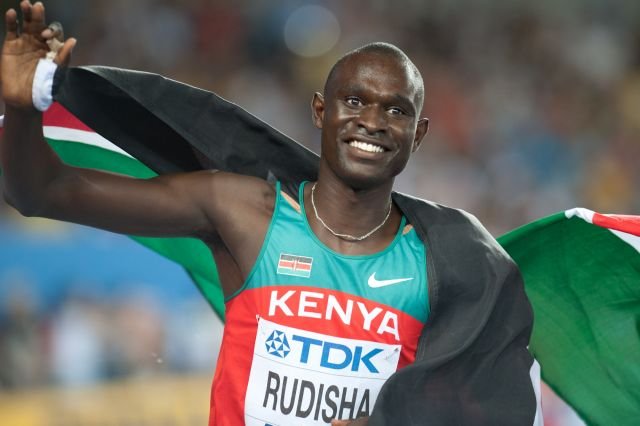 In the past sports was usually considered as a form of entertainment, it was casual and relaxed, today sports are often organized, mechanized, marketed, and administered as a business. Soccer is the most popular sport in Africa, and some countries such as South Africa have a successful premier league that employ players from around the continent. Africa has also exported world-class soccer players who play in the most paying leagues in Europe such as the UEFA and the EPL. These players have made millions and they are role models and a source of inspiration for budding players. The likes of George Weah from Liberia, Samuel Eto’o from Cameroon, Didier Drogba from Ivory Coast and the Egyptian Mohammed Salah who is currently playing for Liverpool in the EPL.

Sports have the potential to assist in attaining peace, development and economic growth. It also boosts employment creation for the sportspersons as well as their coaches and medical teams and it creates business opportunities for sports start-ups as well as the engineers and technicians who build sports infrastructure. Some soccer stars playing abroad have become millionaires through their sporting talents. Most have invested in their home countries, Samuel Eto’o started a telecommunications company in Cameroon. This is good for the economy and employment creation. Most of the players have also started soccer academies to promote the sport from grassroots levels and to assist in discovering talented players.

The African governments should thus begin to run the sport as a professional business and a worthy investment. The sports industry makes up around US$700 annually which is 1 per cent of global GDP, this consists of sports events, training and manufacturing and retail of sports goods.

Sports bring together people of various ethnicities, races and backgrounds, thereby fostering oneness. The team players work together in unity disregarding their differences while their supporters get together in unison to cheer on their team, putting aside political tensions, cultural differences and inequality. Sport brings entertainment to people as they escape the reality of life, responsibilities and their various mundane tasks for a while. Such was the case in the 1995 Rugby World Cup which was held and won by South Africa just as they were coming out of Apartheid.

A sporting nation has a high quality of life because physical exercise promotes fitness and general well-being. Sports are also essential in children’s development for teaching life skills such as patience, leadership, teamwork and self-esteem. There are sports clubs at which the kids, youths and adults can partake in social sports. A healthier population reduces the health-related expenses of a nation. Students who participate in competitive sports are less likely to be regular smokers or drug users, they are more likely to stay in school and have good conduct and high academic achievement.

At a national level, the hosting of big sporting events can provide a major boost for the country’s economy. For example when South Africa hosted the FIFA World Cup in 2010 a substantial amount of funding was channelled towards improving transport infrastructure (for example the Gautrain, a railway system connecting the airport with Sandton a posh suburb) as well as the stadia around the country. The inflow of soccer players and fans also meant that there was an increase in hotel occupancy as well as related expenditures by the sports tourists.

Sports also help to promote a country’s brand, it helps market the country to the world and improves its image. International media exposure can convey a strong positive image of a country, which can help reach businesses and investors across the globe, creating business opportunities and increasing the chance of attracting various investments into the economy. This can aid in job creation and ultimately economic growth. It also assists companies to market their products during sports events or using sports icons as brand ambassadors.

Studies have shown that societies that encourage sports have lower crime rates, lead to the empowerment of women, a decrease in poverty, and families and communities are brought together. The reason for this is that when sports teams are formed they foster unity amongst all team members. When children are involved in sports, crime rates drop and communities become safer. Women are empowered because of their involvement in competitive sport, their self-esteem improves and confidence grows as well. Sport is also an essential part of the values system for society; it constitutes a distinct kind of social organization, it provides a basis of social identity and acts as an agent of social control.

The famous Liberian soccer star George Weah is a good example of a sportsman who has shown great leadership skills. After retiring from his well-decorated career he joined politics and formed his own political party. He then ran for the presidency and succeeded on the second attempt. He is the current president of Liberia. Another example is Zimbabwe’s current Minister of Sports, Arts, and Culture; Kirsty Coventry, who won several Olympic medals in swimming during her prime years.

What needs to be done at the National Level?

There is a need to instil a sporting culture in the African populace from the grassroots, the same importance with which the government or parents regarding education should be applied to sport. Kids with a keen interest in sports must be supported morally and financially. The government ought to integrate competitive sports into the education system to ensure that all children are exposed to sporting activities from a young age right through to the tertiary level. There should be policies that promote the development and management of different sports. Governments that do not have sports ministries should consider having them to enable efficient sports management.

Funding for sports must also be increased to enable infrastructural development and sponsorship of various sports bodies or associations.  There should also be incentives for the private sector companies which sponsor different sports such as tax reliefs. This will encourage the private sector to invest in the sports industry. Public-Private Partnerships must also be promoted as they have been proven to be more efficient in infrastructure development and increasing funding for projects. Infrastructure developed must also be well maintained and multi-purpose where possible. Such facilities can be monetised due to high utilisation rates and this makes the infrastructure more sustainable.

The government bodies which are extensively involved in governance, funding, talent scouting, training and infrastructural development should be run independently of political influence. They should be run professionally to ensure that they stick to their mandate. They should also be well monitored using sports administration models that are effective and which minimise corruption or abuse of funds. There are issues of vote-buying, match-fixing, bribery of officials, nepotism, tribalism, regionalism and religion.

Sports have great potential to help achieve socio-economic development. However there is still a lot that needs to be done in order to enjoy these benefits of sport, a sporting culture must be instilled in most Africans who still view it as a pass-time. Sports infrastructure must also be developed and the governance of sports must be done professionally. Of course, the less developed nations may need more motivation to promote sports, but given the embedded benefits, and the global importance placed on sport, there is hope for African sports.