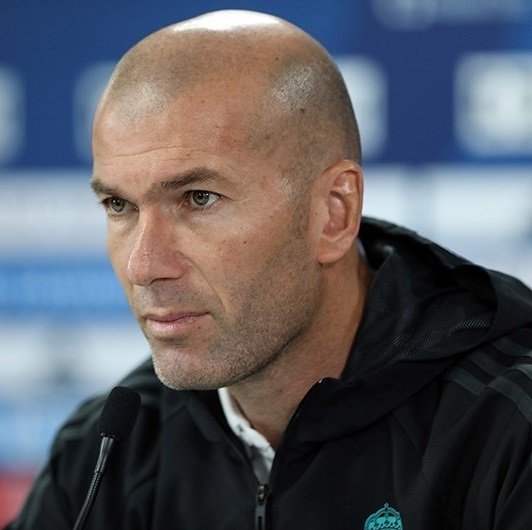 Real Madrid manager Zinedine Zidane has said that he will not resign from the club.

The Frenchman said during a post-match interview where the Galacticos succumbed to a 2 0 defeat at the hands of Shakhtar Donetsk.

The Ukrainians looked rather sharp in their UEFA Champions League group stage match against the host, Real Madrid.

Shakhtar completed a double over the Spanish giants to inflict more wound and worries to their coach Zidane and the squad.

Goals from Dentinho in the 57th minute and Manor Solomon in the 82nd minute ensured a massive win for the visitors.

Real Madrid have only recorded one win in their last five fixtures, a rather poor form from a team expected to challenge for the Champions League.

It leaves the Spanish side in an uphill task to qualify for the knockout round of the Champions League.

Should they fail to progress to the next stage, the Los Blancos could be playing in the Europa League, for the first time in the club’s history.

This would eventually pile more pressure on the Fench legend who has lots of expectations from the club’s board.

However, it would be certainly unlikely for the board to part ways with 48-year-old who has a history at Santiago Bernabeu.

According to reports, Los Blancos are eyeing a move for former Tottenham Hotspur manager Mauricio Pochettino as a possible replacement for Zidane.

Pochettino has been linked with the Real Madrid job since his ‘uncertain’ days in Spurs and could be readying at a return to coaching top-flight football team.

One of the challenges Real Madrid gave encountered is the lack of direction of play.

The club has absolute wonder gems in the attacking areas but seems incapacitated to find the back fo the net.

Zidane’s influence played a huge role in the landing of Belgian playmaker Eden Hazard but the former Chelsea man has struggled to find his form.

The likes of Vinicius Junior, Rodrygo, Lucas Vasquez, Marco Asensio and Martin Odegaard have not shown prowess in front of goal with Karim Benzema also struggling to score.