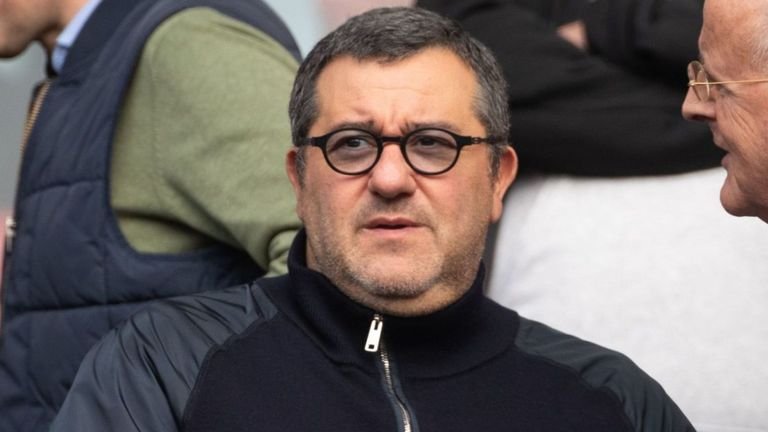 Super-agent Mino Raiola has said that Paul Pogba’s time at Manchester United is ‘over’, according to Tuttosport.

Tuttosport interviewed Raiola whose clients include the likes of Zlatan Ibrahimovic, Erling Haaland and Lorenzo Insigne.

Pogba has struggled in form since his return to Old Trafford from Juventus, spiralling rumours that he could leave the club sooner than later.

Real Madrid are one of the potential suitors sniffing around the Frenchman who at his prime has more to offer.

He said a move to Madrid would be a dream come true, adding fuel to the news that he could be nearing an exit in the next transfer window.

According to Raiola, “He (Pogba)  has a contract that will expire in a year and a half, in the summer of 2022, but then I believe the best solution for the parties is to sell them to the next market.”

“Otherwise United knows well that they would risk losing him on a free transfer, given that for the moment it is not the player’s intention to extend the contract.”

Pogba’s agent went on to suggest that the 27-year-old could be on his way back to Italy, although a move to Spain could be imminent.

“Among other things, the relationship with the club and with his former team-mates is excellent. At the time of Covid, not many teams can afford to buy Paul. The important thing is to want it.”

World Cup winner Pogba could reunite with Juventus coach Andrea Pirlo whom he played with at the Old Lady.